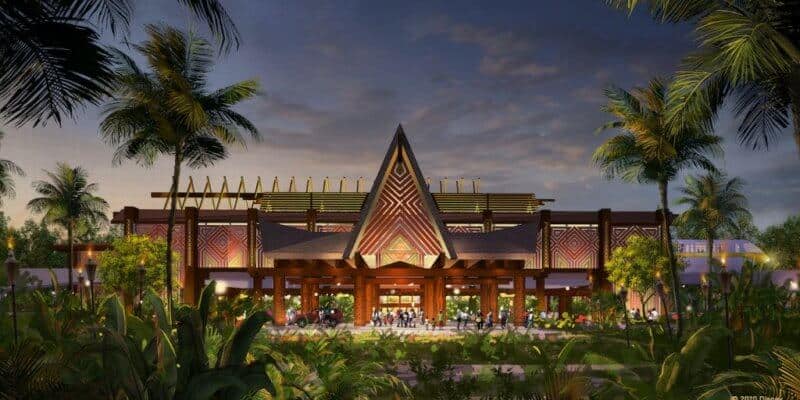 For Walt Disney World Resort fans, it is beginning to feel like Disney’s Polynesian Village Resort has been under construction forever. Last year, soon after Disney’s flagship theme park began its phased reopening process in July, it was announced that the Polynesian would remain closed through summer 2021 for a refurbishment.

The overhaul of the Disney Deluxe Resort included a brand new Monorail station — which recently opened to Guests for the first time — and the addition of Moana-themed rooms featuring characters like Moana, Maui, Hei Hei, and Pua from the 2016 Walt Disney Animation Studios film.

There is, however, one big feature that still isn’t finished at Disney’s Polynesian Village Resort. The porte cochere where Guests disembark from the Monorial is still under construction, and likely won’t be fully completed before Walt Disney World Resort’s 50th anniversary celebration officially begins on October 1, 2021.

As you can see in the photos above and below, although the Poly is nearly completed, the porte cochere area remains under construction.

At this time, Disney has not officially commented on when the redesign of Disney’s Polynesian Village Resort will be fully finished.

From what has been done to the popular Walt Disney World Resort hotel so far, though, we know Guests are in for an incredible experience that transports them straight to the South Pacific!

Are you excited for Disney World’s most tropical Resort to be finished?