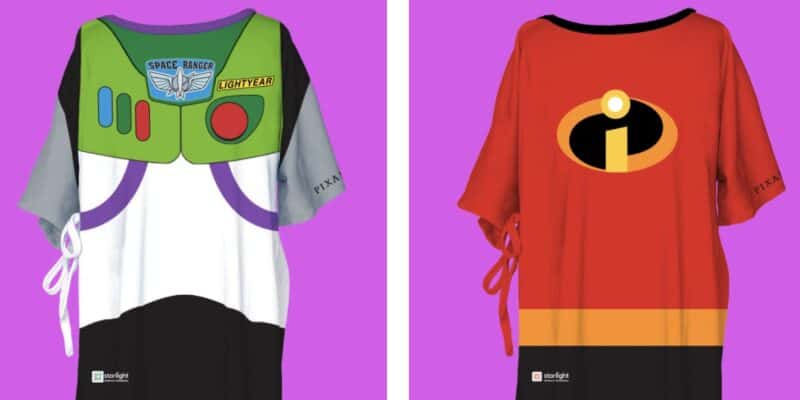 Disney theme parks have always been a place where families could go to enjoy a fun day together. Parents could ride the attractions with their kids and everyone would be able to be involved. There are some who say that Disney is just for children, but Walt Disney never planned it that way — although children were always at the center of his heart.

Disney helps inspire creativity and imagination. Disney tells children that, no matter how big their dreams are, they can always be achieved if they have the courage to pursue them. And now, Disney is helping some of its most vulnerable fans feel like they have the power to overcome whatever obstacle is put in their path.

On September 8, Disney announced that it was once again teaming up with Starlight Children’s Foundation to help create an amazing line of Pixar-inspired hospital gowns in celebration of Pixar Fest. Disney Parks Blog shared more information on the incredible partnership.

This year, Disney also announced that we have teamed up with Starlight Children’s Foundation to design Pixar-themed Starlight Hospital Wear inspired by iconic Pixar movies: “Toy Story,” “The Incredibles,” and “Up.” Each hospital gown will include an interactive QR code that patients can scan on their phones for special Pixar content. Additionally, Starlight and Disney will bring Pixar-themed toy deliveries to pediatric patients all month long, and children’s hospitals and pediatric facilities nationwide will host special Pixar Fest events for their patients filled with activities, movie screenings, and more. Check out some of the designs below, and for more information on this heartfelt collaboration visit starlight.org/disney.

Starlight Children’s Foundation is known, not only for its wonderful work with sick children, but also for designing hospital gowns to make the children they help feel strong — from ones that make them look like doctors and astronauts to ones with fun and happy designs.

If you would like to help Starlight Children’s Foundation in your own way, you can click here to donate to the Foundation. You can also sponsor a hospital and even donate to help them create more beautiful gowns.

Are you excited to see Disney partner with Starlight Children’s Foundation? Which hospital gown is your favorite? Let us know in the comments!