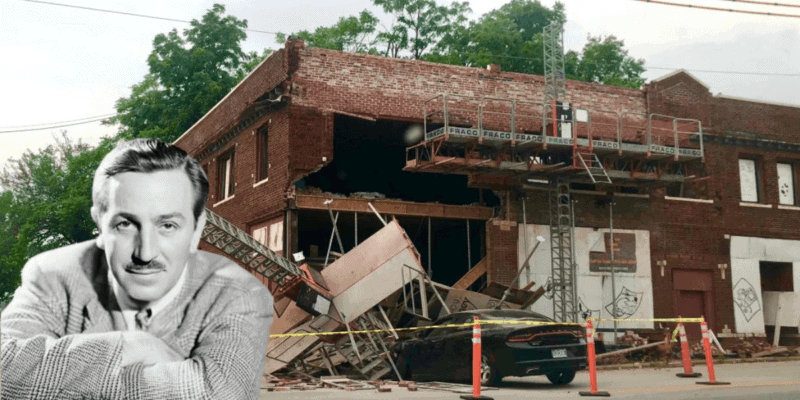 Walt Disney was not always the iconic creator we have grown to know and love today. He spent years working hard and nearly failing, but he always believed that one should keep moving forward, and that is exactly what he did. As a young man, he left his small town of Marceline, Missouri, and moved to Kansas City to pursue his dreams. It was in Kansas City that the original Imagineer created his first studio, called Laugh-O-Gram Films.

It is rumored that this is the studio where Walt came up with the concept of Mickey Mouse, as he had to deal with a myriad of mice in the studio and finally got one to sit still long enough as he sketched.

In 1923, Walt left Kansas City shortly after he went into bankruptcy, and he had to give up the Laugh-O-Gram studio. However, while Walt may have left Laugh-O-Gram Films behind, his legions of fans did not. Thank You Walt Disney, Inc. — which is not associated with The Walt Disney Co. — now owns the building and has been working for years to bring the building back to its former glory, stating the renovation will cost around $5.5 million. Thank You Walt Disney, Inc. hopes to open another studio in the building, as well as make an animation museum in honor of Walt.

Unfortunately, the renovations being made to the building suffered a major setback recently. On July 30, Thank You Walt Disney, Inc. posted to their Twitter page that a car had crashed into the building and caused significant damage.

Well friends, this is NOT the type of post we want to write. In the midst of our beautiful restoration project, Walt Disney’s historic Laugh-O-gram Building was hit by a car last night. As Walt said though, we will keep moving forward.

Well friends, this is NOT the type of post we want to write. In the midst of our beautiful restoration project, Walt Disney’s historic Laugh-O-gram Building was hit by a car last night. As Walt said though, we will keep moving forward. ? pic.twitter.com/SEqL4aG4I6

As you can see in the shared image, a black car crashed into the building, not only ruining exterior work being done, but also ruining construction materials and scaffolding that were being used at the site.

According to The Kansas City Star, the accident happened around 4 a.m., but no information on the car or the driver has been released at this time. It is also currently unknown as to what caused the car to lose control and crash into the building.

Fundraising for the renovation, and now for fixing the damages, is being conducted online. If you would like to contribute to bringing this building back to its full glory, you can do so by clicking here, or by visiting the Thank You Walt Disney, Inc. website.

Are you sad to see such an awful setback happen to the iconic building? Let us know in the comments.