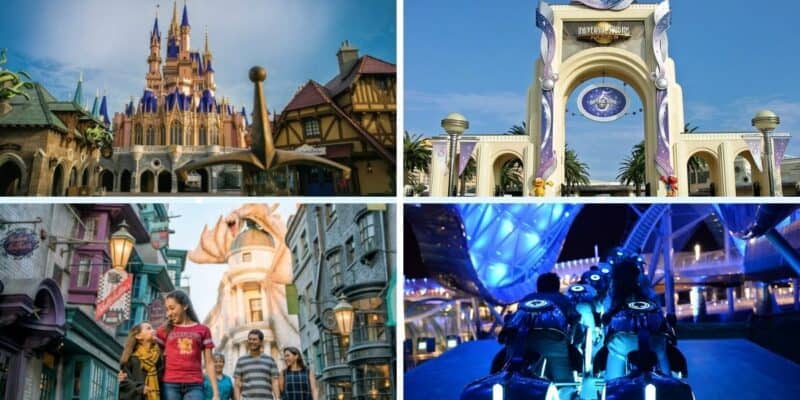 When people celebrate the start of a new year, they usually wish that it will always be better than the year that preceded it. Unfortunately, no one could have predicted the year that 2020 would be. People and businesses around the world were hurting — including theme parks, which were shut down for months as countries tried to get the COVID-19 pandemic under control.

Now, a new Global Attractions Attendance report by the Themed Entertainment Association and AECOM is showing just how much attendance dropped at theme parks in 2020. The highest drops were seen at Universal Studios Hollywood and Disneyland Resort — which makes sense, considering that theme parks in California had to stay closed for over a year amid state restrictions that were in place amid the pandemic. Both Universal Hollywood and Disneyland Resort saw attendance declines of just over 80%. These theme parks were technically only open for less than three months in 2020, as they closed in mid-March of last year and did not reopen until spring 2021.

Out of the top 25 theme parks in the world, Efteling theme park in the Netherlands had the smallest attendance drop of under 50%, but it was only initially closed for about two months — although it did close later in the year for another six weeks. Following closely behind Efteling was Shanghai Disney, which was also closed for a couple of months and noticed an attendance drop of just over 50%.

Overall, theme parks across the world saw an average attendance decline of about 67%. According to the data, over 250 million people visited theme parks in 2019, and that dropped to approximately 83 million in 2020. This makes sense as theme parks were closed for an extended period of time, and even when theme parks reopened, attendance was significantly limited for quite a while.

Fortunately, many theme parks are beginning to see crowds return through their gates once again. Many theme parks have reopened with a number of health and safety procedures in place — including mask mandates and attendance caps — to keep Guests and employees safe. Disney Parks alone have seen a huge jump in numbers at both its Florida and Southern California theme parks in 2021.

Note that the Florida theme parks have been open throughout all of 2021 so far, whereas California theme parks have only been reopened since the spring. While numbers are unlikely to return to their pre-pandemic numbers very soon, it will be interesting to see just how much of a jump in attendance parks see when TEA/AECOM releases their 2021 report next year.

Are you surprised to see the massive attendance drop? Or do you find it expected? Let us know in the comments!