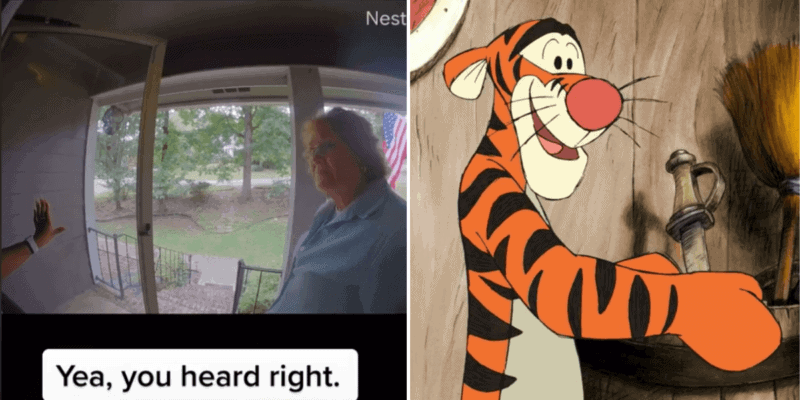 In a world run on social media, the opinion of individuals has never been more well-documented. With cameras in most people’s hands, daily events are easily captured and shared online, sparking conversation, community, and debate.

Arguably as popular as Winnie the Pooh himself, Tigger first arrived in the public conscience in A. A. Milne’s sequel to Winnie-the-Pooh (1926), The House at Pooh Corner (1928). The loveable fictional character has a lengthy movie tenure too. Tigger first appeared in the Disney cartoon, Winnie the Pooh and the Blustery Day (1968), before going on to continue his animated life in projects like The Many Adventures of Winnie the Pooh (1977), The Tigger Movie (2000), Winnie the Pooh (2011), and the live-action movie, Christopher Robin (2018).

It is fair to say Tigger is a fan-favorite character of the Disney character portfolio. The bouncing tiger, along with his friends Winnie the Pooh, Piglet, Eeyore, Rabbit, and the rest of the inhabitants of the Hundred Acre Wood, can be found at Disney’s Parks too in The Many Adventures of Winnie the Pooh. The characters can also be seen roaming the Park too.

With his frivolous, goofy nature, Disney’s Tigger is one of the most beloved characters of all time, as well as one of the most recognizable. In fact so much so that his striking appearance recently caused a calamity in one community, leading to a bizarre dispute between neighbors.

The incident was captured by TikToker, Ambrosia (@tizzybizzy92), in a three-part video series online. The first video uploaded shows the incident in full when one neighbor approaches Ambrosia’s home to discuss a Tigger flag situated on her lawn.

The interaction, captured via Ambrosia’s Nest camera, shows “a Karen” ringing the doorbell to discuss the Tigger flag. The neighbor begins by complimenting the American flag also in the yard but makes a comment about how she “doesn’t say anything about the shrubbery being cut, or the back yard”, which leads her into her biggest issue — the Tigger flag.

The accusations over something so trivial seemingly baffles the homeowner with the neighbor claiming that the flag is “tacky” and there are “rules” to the community — “rules” she cannot remember, however, and needs to look up.

This first video racked up almost 10 million views despite it never showing the Tigger flag in question. But, the TikToker followed up the viral story with another two parts.

The second video in the Tigger flag saga — which is nearly at 3 million views — shows the “tacky” item in question. Here, Ambrosia shares the “offensive” flag — a blue background with the Disney character holding a flower. She also reveals that TikTok banned her entire account after posting the video but after an appeal, it was reactivated.

In the final installment caused by this interaction, the TikToker revealed that the neighbor did, what she is calling, “a drive-by apology”. Ambrosia told her audience that the older woman shouted her apology out of her car window while driving, and suspects someone told her about the viral videos online.

In the world of neighbor disputes, this one has to be one of the most unusual. It will be interesting to see if this alleged community rulebook makes an appearance in a later installment of the Tigger flag saga, although if the “drive-by apology” is anything to go by, the neighbor will probably want this particular debate put to bed.

Have you ever had any unusual neighborhood disputes? Let us know in the comments!