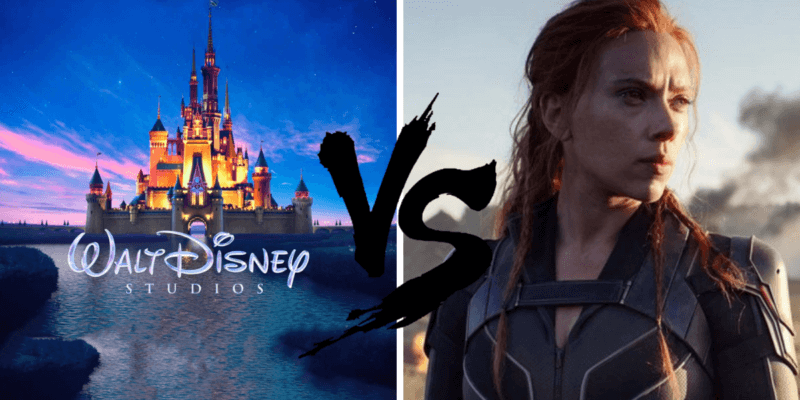 As the age-old saying goes, you just can’t make this stuff up.

Back in late July, Scarlett Johansson — star of the Marvel Studios film Black Widow — filed a lawsuit against The Walt Disney Company, claiming the studio giant had breached its contract with her by releasing Black Widow in theaters and on Disney+ on the same day. Disney shot back and called the actress’s lawsuit “callous” and released her salary information.

Disney was then called out, not only by the largest acting agency in the world (CAA) but also by several organizations — including Time’s Up, Women and Film, and Reframe — calling it a “gendered character attack”. And now, the famous union representing most actors in the industry has joined in and called Disney out on its behavior.

SAG-AFTRA — the Screen Actors Guild – American Federation of Television and Radio Artists —  represents nearly every actor in Hollywood and is the film and television industry’s biggest player, with over 160,000 members. No major film is made in Hollywood without SAG having some sort of involvement, and unfortunately for Disney, SAG’s President, Gabrielle Carteris seems to have had enough of the studio.

While Disney and Johansson are going back and forth, Carteris has thrown the weight of SAG behind Johansson and called Disney’s attacks “gender-shaming”. Carteris issued the following public statement, that was reported on by The Hollywood Reporter:

“Disney should be ashamed of themselves for resorting to tired tactics of gender-shaming and bullying,” the leader of the performers’ union said in a statement released on Friday. “Actors must be compensated for their work according to their contracts. Scarlett Johansson is shining a white-hot spotlight on the improper shifts in compensation that companies are attempting to slip by talent as distribution models change.”

She added, “Nobody in any field of work should fall victim to surprise reductions in expected compensation. It is unreasonable and unjust. Disney and other content companies are doing very well and can certainly live up to their obligations to compensate the performers whose art and artistry are responsible for the corporation’s profits.”

The fact that SAG-AFTRA is calling out Disney for its behavior could spell big trouble for the company.  All Disney productions are union projects, meaning the actors involved in the projects are members of SAG, so the union and Disney have been working closely together for years. For Disney to step so far out of bounds that SAG felt the need to respond could have implications on their future business dealings.

SAG has fought for actor’s protections for years, and they will continue to do so. If Disney wishes to keep a good relationship with the massive union, they need to possibly consider changing up their strategy when it comes to how they deal with Scarlett Johansson’s lawsuit.

What do you think about SAG issuing a formal statement? Do you think Disney has crossed the line? Whose side are you on? Let us know in the comments!