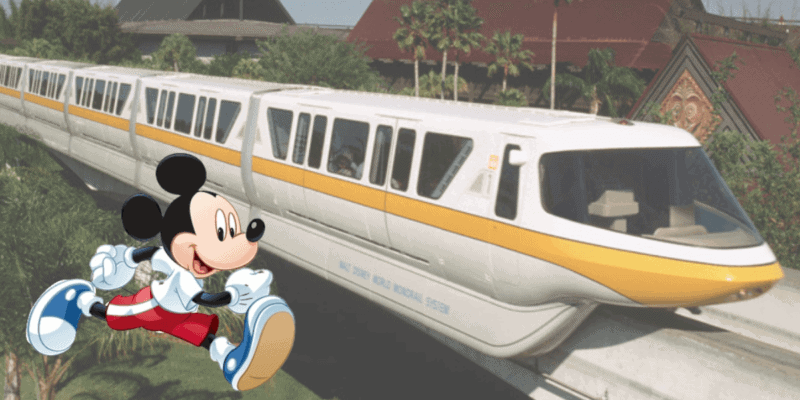 Ready, set go! That was one man’s mantra, as he gathered his breath and speed in 2018. Brent Dodge and his fellow Disney fans boarded the Disney World Resort monorail with one goal in mind… to race the monorail to the next station and hop back on at Disney’s Grand Floridian. Can it be done?

Riding the Disney monorail on the Resort line, the group approaches Disney’s Polynesian Resort Hotel (a classic Disney monorail resort). Paused for dramatic effect, the “film crew” stays behind while Brent steels himself for the journey ahead. While the .7 or .8 mile distance he needs to cover isn’t that far, Brent Dodge needs to be courteous of other Guests, be mindful of property, and be sure not to run in crowded areas. That makes it a lot harder to arrive on time… 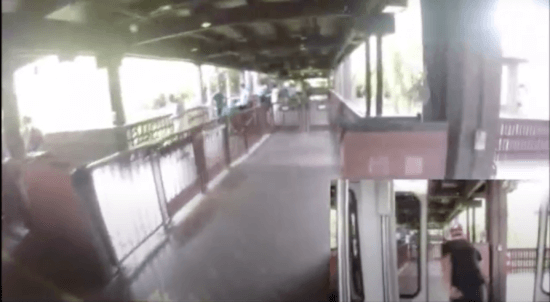 Any Disney fan knowing the layout of the Polynesian deluxe resort knows that the loading Disney transportation station is on the second floor, which means Brent needs to get downstairs before even exiting the building. Afterward, he’ll have to make his way through the rest of the Polynesian Resort and then along the tree and sand-lined walkways to the next Disney Resort Hotel.

The monorail was paused for traffic while approaching the Grand Floridian Resort & Spa, which gives Brent an additional minute’s worth of buffer time. His friends, filming from the car, attempt to spot him running along the Seven Seas Lagoon shoreline. They don’t see him and wonder whether he had passed them.

While the monorail trains often pause for station clearance, no one could have anticipated the pause ahead of the deluxe resort… will Brent need this extra time to make it upstairs?

Meanwhile, we watch as he keeps dodging Guests and furniture, and seems to keep a pretty good pace without mowing anyone down. Let’s hope he makes it! We’re sweating with suspense every time we watch the From Screen to Theme video! Go, Brent, go!

Did you think he was going to make it? Every time we tune in, it seems like it’s going to be so close! If you’re ready to ride what could be considered a famous outside-the-park Disney attraction, call the professionals at Academy Travel. They know the best ways for your party to ride the Disney World monorail system (but not have to race it!) and enjoy a relaxing trip to the Most Magical Place on Earth! Call them at 609-978-0740.

Please remember that running on Walt Disney World Resort property (aside from the marked New Balance trails) is discouraged. Please be courteous of all Cast Members and your fellow guests as you traverse the Floridian resort.

Did this video raise your suspense? Leave us a comment about the adventure to race the monorail!