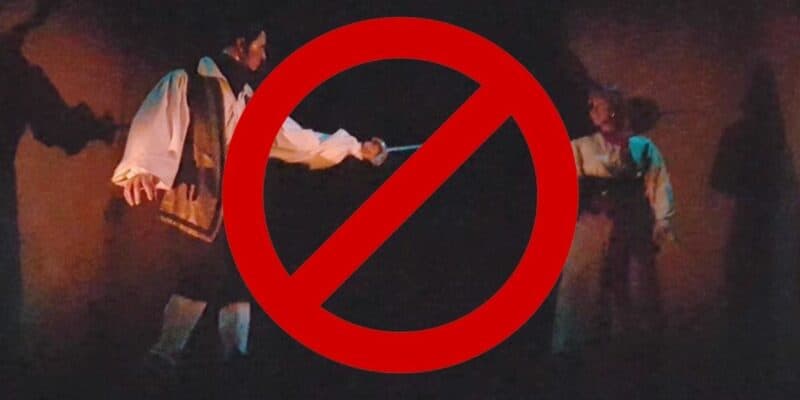 Pirates of the Caribbean is an iconic attraction located at multiple Disney Parks around the world, with each version offering something unique to Guests.

As far as Pirates of the Caribbean ride at Disneyland Paris goes, the official website describes this attraction as:

Man the decks and hoist the rigging, because from 24th July 2017 Captain Jack Sparrow, Captain Barbossa, a new female hero and and a crew of notorious buccaneers are breathing new life into one of our most famous attractions, Pirates of the Caribbean.

Well, when riding the Disneyland Paris version of Pirates of the Caribbean today, August 13, DLP Report noticed that the iconic dueling pirates were missing from the attraction! Per their Tweet:

If you have never been on the Disneyland Paris version, here is a look at what the dueling pirates look like.

At this time, we are unsure as to why these animatronics are missing from the ride, but it is more than likely due to maintenance being done. We hope to see the dueling pirates return to the attraction soon!

For a full ride through of Pirates of the Caribbean at Disneyland Paris, check out our YouTube video below.

Have you ever been on the Disneyland Paris version of Pirates of the Caribbean? Let us know in the comments below.

If you want to visit the Disney Parks on your next vacation, start planning your trip today!