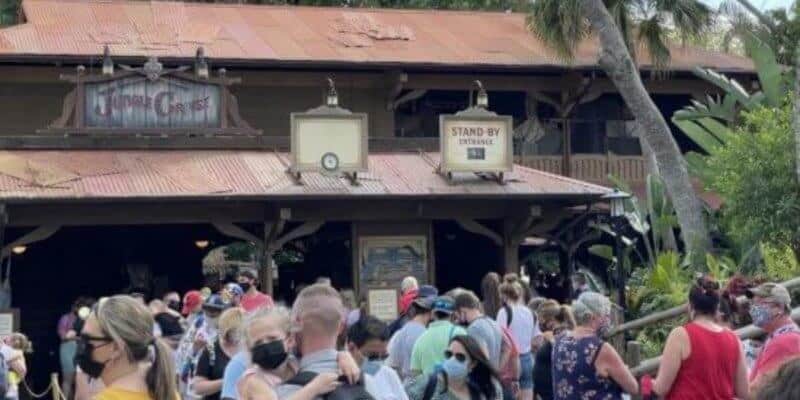 Although we are starting to see Disney World return to normal, there is still one major thing missing — FastPass+.

FastPass+ was how Disney Guests were able to move through lines quicker before the pandemic. The system allowed Guests to book up to three FastPasses at a time which would allow them to return to the attraction they reserved a FastPass for at a certain time and then wait in the FastPass line, which is shorter and takes priority over the regular standby line.

That being said, it almost feels like FastPass+ is a distant memory at this since it’s been gone for so long. Recently, Disneyland Paris just announced their new paid FastPass system where Guests will pay per ride to obtain a FastPass. Alternatively, Disneyland used to have MaxPass, which was a paid FastPass system for each day before the pandemic.

Lately, a lot of chatter has been going on among Disney fans, trying to see if Disney will bring back FastPasses with an added cost. Whether that cost is a high daily rate or a pay-per-ride situation, Orlando theme parks have already shown that paying for priority in a queue will work.

If Guests are willing to pay over $200.00 to skip a line, it just goes to show how many Guests clearly value their time when visiting a theme park and do not want to spend it in line. If Universal can manage to sell their Express Passes at such a high cost, surely Disney World would be able to as well, if it meant Guests did not have to wait 75 minutes for Splash Mountain when visiting Magic Kingdom.

At the moment, Disney World has not announced whether FastPass+ will return and, if so, at what cost or no cost! Stay tuned to Inside the Magic for all of your Walt Disney World Park updates!

Would you pay for FastPass+ if it returns to Disney World? Let us know in the comments below.