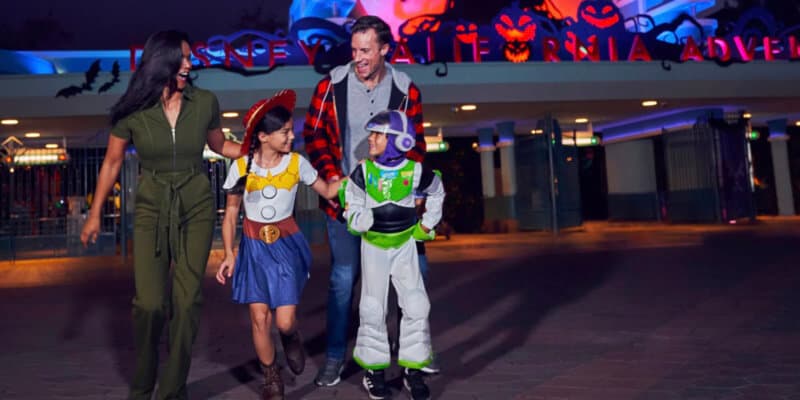 Oogie Boogie has more than a few spooks up his sleeve this Halloween season! As of Saturday, August 21, a Disney Parks Guest-favorite Halloween party has completely sold out.

Oogie Boogie Bash — A Disney Halloween Party is being held at Disney California Adventure at the Disneyland Resort this year. The event — which first debuted during the 2019 Halloween season but was unable to be held in 2020 due to the theme parks closures amid the ongoing pandemic — quickly became a Guest-favorite separately ticketed party at the California Disney Resort. But now, we have some big Oogie Boogie Bash news.

If you managed to already purchase tickets for Oogie Boogie Bash, you’re in luck. The event hasn’t even began yet for this spooky season and it has already sold out for 2021.

Per the Oogie Boogie Bash webpage on the Disneyland Resort official website, as of Saturday, August 21:

Tickets for Oogie Boogie Bash went on sale on July 13, and the first official event night is September 9. It only took a matter of weeks — a little over one month — for all 25 Halloween party nights to sell out, all before the event even began for the season. Clearly, there is high demand for this Disney Halloween party. At this time, Disney has not yet added more event nights or more event tickets, but we will report back if anything changes when it comes to availability.

Below is the official description for Oogie Boogie Bash:

If you did not get tickets for this special event, don’t worry! There is still so much fun to be had during Halloween Time at the Disneyland Resort, most of which only requires a regular theme park ticket (or a Magic Key Pass!). You can read all about Disneyland’s Halloween offerings in our 2021 Disneyland Halloween Time guide here.

This is the only official Halloween party being hosted at the U.S. Disney Parks this year. While Oogie Boogie Bash is returning for the 2021 spooky season at the California Disney Parks, Disney made the decision to not host Mickey’s Not-So-Scary Halloween Party at Walt Disney World Resort this year. Instead, Magic Kingdom is hosting an After Hours event: Disney After Hours Boo Bash. Click here to read more.

Do you plan to visit Disneyland this spooky season? Click here to book a trip to The Happiest Place on Earth just in time for Halloween!

Comments Off on Disney Halloween Party Completely Sells Out For 2021