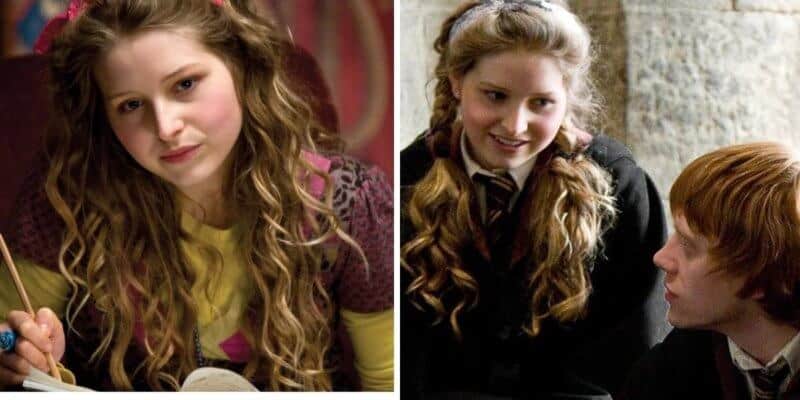 When it comes to the Harry Potter film franchise, over the span of eight movies, we have seen a few characters recast for various reasons.

The most notable recasting came with Albus Dumbledore, after the unfortunate passing of Richard Harris after Harry Potter and the Chamber of Secrets. Michael Gambon would carry out the role of Dumbledore for the following six films.

Another character that had a controversial recast was the role of Lavender Brown. In the book series by J.K. Rowling, Brown is a decently prominent character, but she did not receive a speaking line in the films until the sixth movie. The role ended up being recast three times!

It seems that her time with the three films ended up causing the actress a lot more long-term trauma due to how she was treated after gaining weight between films. Cave has since looked back at her experience and said:

“I was not a right fit for the industry at that time. Lavender Brown is conventionally pretty, no glasses, small. By the time I went back to do the last film, I had gained a bit of weight and I wasn’t that person anymore.”

When Cave went into a costume fitting after already starring in one of the Harry Potter films, she was never asked to lose weight but had her stomach grabbed by the costume designer, “Which was just horrible,” she said. Since then, Cave has been terrified to go into costume fittings and admitted to crying when designers treat her kindly.

“Now I go into the costume fitting for any job and I’m terrified. “I’m prepared to be told something unkind. You’re treated like a different type of thing; you’re not somebody with feelings who has thought about what pants they’re going to wear that day because they’re going to be seen.”

Cave has since said that she appreciated the weight gain, even if it has caused her difficulty when it comes to booking more acting work. Because of the lull she experienced in her acting work, Cave was able to publish her first novel, Sunset, which she is incredibly proud of!