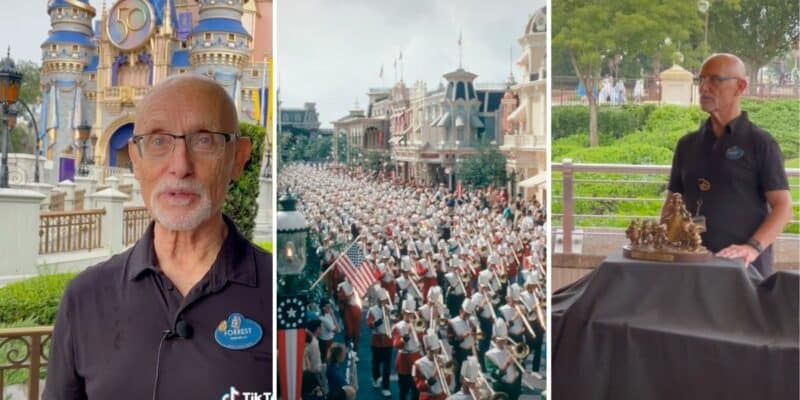 Disney World is known for many things — from their decor to attractions; everything is highly immersive and detailed. Another key aspect that makes Disney so special is the Cast Members that work each day to ensure that every Guest is having the most magical experience possible.

Whether you are talking to a College Program participant or a seasoned veteran, each Cast Member will always greet you with a big smile (unless you’re about to ride Haunted Mansion or Tower of Terror), and at times, can even provide magical moments which will give you memories that will last a lifetime! Since day one, one Cast Member who has been at Walt Disney World has now been making magic for 50 years as one of the Park’s show directors.

Forrest has been a Cast Member since the theme park opened and was in charge of the opening day parade, which he noted was a spectacle like no other. Now that Walt Disney World is officially celebrating its 50th anniversary on October 1, Forrest cannot wait for Guests to see what the Parks have in store for them.

The Disney Parks  (@disneyparks) TikTok account posted a reel of Forrest recanting about his time when he started with the company 50 years ago and how excited he is to see Magic Kingdom celebrate yet another major milestone.

Forrest has been with us since opening day at Walt Disney World! 50 Years!

Forrest has been with us since opening day at Walt Disney World! 50 Years! ✨ #DisneyWorld50 #Disney #DisneyParks #DisneyWorld #DisneyCastLife

With Forrest having a blue name tag, we can see he is a Legacy Award winner, which is no surprise considering he has been at the theme park making magic since day one. Forrest said that now, at 50 years, everything will be “bigger, better, and more exciting than it’s ever been,” which is a promising remark considering he has a hand in the show designs we will be seeing come October 1. Forrest may have his hand in many aspects of Magic Kingdom’s entertainment, from cavalcades to Disney Enchantment. We cannot wait to see what he helped create on October 1.

What do you think of this heartwarming story? What shows would you like to see at Magic Kingdom?