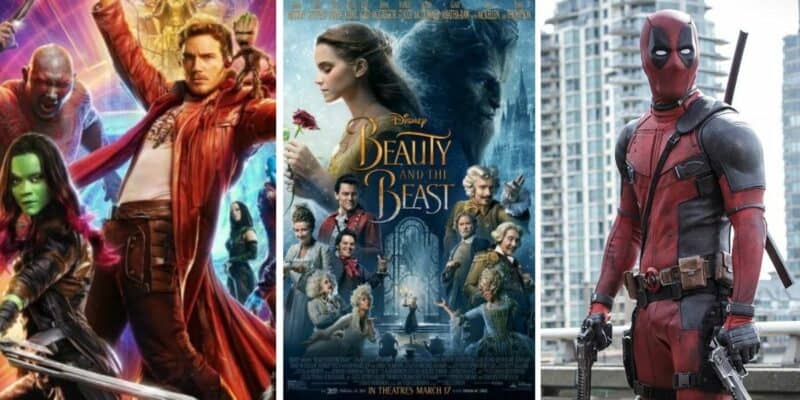 We have seen Disney undergo a few lawsuits as of late, but the most recent one to hit the media may send the company running for their money, as they could be at risk of losing millions, or potentially more.

The lawsuit claims that Disney allegedly used stolen technology to market realistic CG characters in Deadpool, Guardians of the Galaxy, and Beauty and the Beast, according to The Hollywood Reporter. If Disney is found guilty in the trial, they will lose a portion of their profits from all three films in the digital domain.

The claim comes from Rearden, a company that owns “visual effects technology called MOVA that captures the facial performance of an actor wearing makeup and processes the data into computer-generated imagery. ” The judge on this case has allowed the suit to move forward based on a copyright claim due to alleged software theft. The suit can potentially link intellectual property to the technology used to create it for profit.

Rearden is seeking to prove the connection between visual effects and people wanting to see a film for that reason. Then, the company must prove that Disney and Marvel used the hook of having their visual effects as a motivational tool to get viewers in the theater. Reportedly, it seems that Rearden already has some of the proof it needs as Disney has taken to YouTube to post videos of how CG characters came to life in Beauty and the Beast. This video would have been one of the many ways Disney advertised the film.

“This non-speculative evidence supports Rearden’s theory of a causal nexus between the infringement and profits from Beauty and the Beast, Guardians of the Galaxy, and Deadpool.As to these films, it would be reasonable for the jury to infer from Rearden’s evidence that Defendants advertised their use of MOVA and used MOVA-based clips in the film trailer in order to drive interest in the films and thereby increase film profits. To show a causal nexus to indirect profits, there must be evidence that the infringing product is a causal factor, but it ‘need not be the sole causal factor.’”

Disney is attempting to argue that there is no copyright infringement law “for an attainment of indirect profits.” There is now precedent for Rearden to take their shot and potentially win against Disney due to a previous case. At the moment, we are unsure of how much profit the company will be able to claim if they do win; however, with all three films combining their gross, the company is looking at a total in the billions, and they may be entitled to a piece.

It seems that Rearden wanted to go after Terminator: Genisys, Avengers: Age of Ultron, Night at the Museum: Secret of the Tomb, and Fantastic Four as well, but the judge will not allow for it. After Scarlett Johansson sued Disney and rippled the media with the back and forth fighting due to the Black Widow release, Disney has their hands filled with lawsuits at the moment.

What do you think of this case? Is Disney in the wrong? Let us know your thoughts in the comments below.