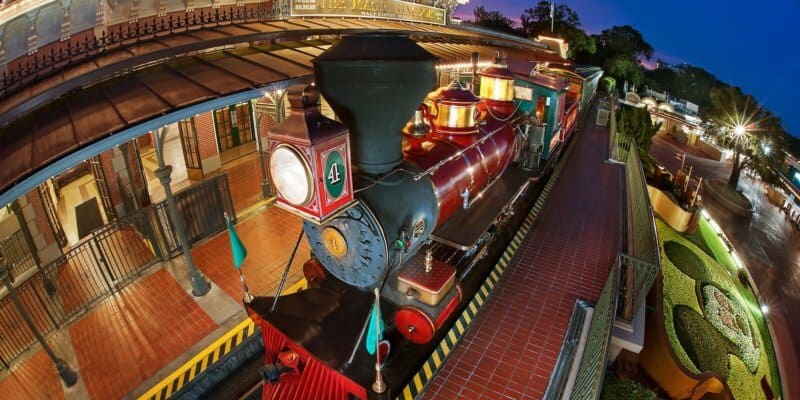 Over the past few years, we have seen quite a bit of Disney World attractions have updates made to them. Whether the refurbishments were long or short, there have been a handful of attractions, such as The Hall of Presidents at Magic Kingdom, which has seen major change come to them.

We saw the attraction shut down when the TRON Lightcycle/Run construction began as part of the railroad had to be moved around to make room for the attraction. Although it has not been confirmed, it seems that the Walt Disney World Railroad will not return until construction ceases for TRON Lightcycle/Run. To get the latest TRON update, click here.

As the attraction closed down on December 2, 2018, it has officially been shut down for 1,001 days, with no sign of reopening in the near future. As the 50th anniversary celebration is around the corner, it seems that Guests will likely not be able to ride the train at the start of the celebration. Perhaps as the 18-month party rolls along, we will see the ride open up once again to Guests.

All Aboard!
Listen to the clamor of the engine, the chug of the wheels and the call of the whistle as you travel aboard the Walt Disney World Railroad.
Take your seat on 1 of 4 meticulously restored, vintage narrow-gauge steam trains—originally built between 1916 and 1928—and enjoy a relaxing 20-minute, 1.5-mile scenic round-trip tour.
It’s a convenient—and nostalgic—way to get around Magic Kingdom park!

Walt’s Lifelong Passion
A noted train enthusiast, Walt Disney built his very first railroad in his backyard. The Carolwood Pacific Railroad, a 1/8-scale train, debuted in 1950 and featured a custom-built, steam powered locomotive that encircled his property.
Delighted with his miniature backyard railroad, Walt decided to share his love of trains with the whole world. The result was the Santa Fe & Disneyland Railroad, a favorite of Guests since the park opened in 1955.

We have recently seen the refurbishment on the Main Street Station facade revealed, so there is progress!

Are you sad to see that the Walt Disney World Railroad remains closed after so many days?