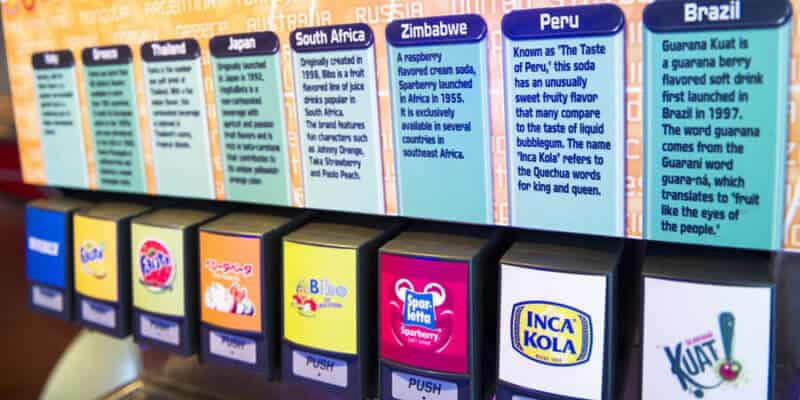 Club Cool used to be a fan-favorite spot for Guests to “cool off” and sample complimentary tastings of Coca-Cola beverages from all around the world. It was located in the Innoventions West building in Future World (which is now undergoing construction as EPCOT continues its complete overhaul).

Though the original Club Cool closed, the good news is that a new and improved Club Cool will be coming back to EPCOT “very soon”. But that’s not all because, for all of you who are fans of the Beverly, we can confirm that this iconic drink will also be returning to the theme park!

In case you are not aware, though Club Cool offered a variety of different Coca-Cola products from around the world, the Beverly from Italy was easily the most talked about. Not only did fans come from everywhere just to take a sip of the soda, but there was an entire Disney challenge named after it called the Beverly challenge!

If you wanted to complete the Beverly challenge, all you had to do was drink 12 sample cups filled with Beverly (with a Club Cool Cast Member as your witness, of course.) If you were able to complete the challenge, you would win a slushy of your choice!

The Beverly started several conversations among Disney fans as, regardless of its “unique” taste, people could not wait to try the soda for themselves.

The good news is that once the new Club Cool opens to Guests at EPCOT, the Beverly will return! Disney Imagineer Zach Riddley posted to his Instagram story earlier today (as seen in the screenshot above) writing:

Can you say it with me “Beverly is coming back!!”

We can only hope that the Beverly challenge also returns! Inside the Magic will update you as we get information regarding the new Club Cool at EPCOT.

At this time, we do not have an opening date for the new Club Cool, but Disney confirmed it would open this summer and Disney Imagineer recently said it would debut “very soon”.

Are you excited to see the Beverly returning with Club Cool? Let us know in the comments below.