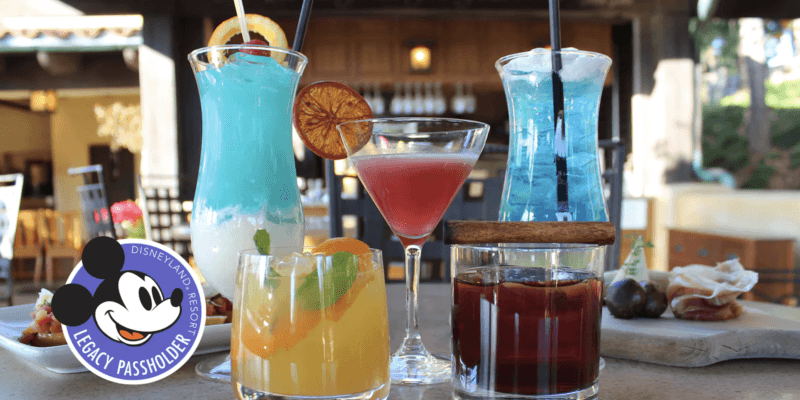 On August 2, Disney announced that it would soon be releasing more information on what is being called the Magic Key program — a program that many are assuming will be taking the place of Disney’s shuttered Annual Pass Program. It appears that, possibly in response to the new program details being released, a popular Disneyland spot available only to Legacy Passholders is shutting down indefinitely.

Alfresco Tasting Terrace at Disney California Adventure Park looks to be closing its doors on August 16, with no reopening date in sight. The small dining location gave Guests a chance to get away from the chaos of the theme park without actually leaving the park. In January 2020, the Tasting Terrace became accessible to Annual Passholders, but only two months later Disney Parks were forced to shut their gates due to the pandemic.

Disneyland was able to reopen once again on April 3o, and less than one month later, Alfresco Tasting Terrace reopened once again, and still only available to Annual Passholders — now called Legacy Passholders.

For those Guests who have not been to Alfresco Tasting Terrace before, but would like to visit before its closing date, here is some more information on the yummy food spot from the Disneyland website:

The Alfresco Tasting Terrace has a number of delicious signature cocktails and food, all with a California twist. The exciting menu has a number of cocktails and dishes named after California Adventure experiences and attractions, including the Condor Flats Bread, the Drop In…If You Dare, and the Heimlich Chew Chew Juice. Since it is a Legacy Passholder location, your Legacy Pass can be used for food and non-alcoholic discounts!

From now until August 16, its last day of availability on Disney’s calendar, Alfresco Tasting Terrace will be open daily for lunch from 12:30 p.m. until 3:55 p.m. Dinner will begin at 4 p.m. and run until 7 p.m. Reservations are not required to eat at Alfresco Tasting Terrace,  but as with all sit-down dining locations, they are highly recommended.

It is important to remember that, because this is a Legacy Passholder dining location, at least one member of your party will need to show their Legacy Pass.

Will you be visiting Alfresco Tasting Terrace before it closes on August 16? Let us know in the comments!

CLICK HERE to book your Disney vacation with our friends at Academy Travel — an EarMarked Diamond travel agency that can provide you with a free quote today!