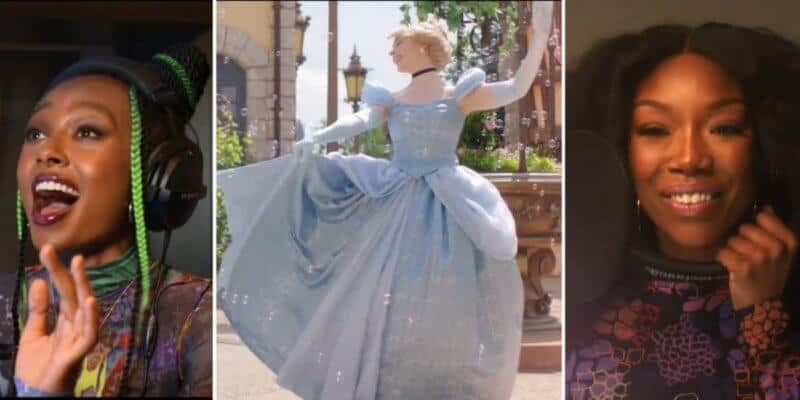 Disney is holding a year-long celebration all about Disney Princesses! They even created a special song just for the celebration. Here are the details!

In April, Disney announced a year-long celebration called The Ultimate Princess Celebration, which honors Disney’s courageous, kind and adventurous princesses from all over the world. Disney describes it as:

The Ultimate Princess Celebration is a yearlong event spotlighting the courage and kindness these Disney heroes inspire in fans all around the world. From Cinderella’s generosity and Belle’s ingenuity to Mulan’s selflessness and Moana’s adventurous spirit, Disney is honoring these strong heroes through music, experiences, products, and a campaign to give back to children around the country.

Grammy Award Winner and Actress, Brandy who stars as Cinderella herself in The Wonderful World of Disney, Rogers & Hammerstein’s Cinderella, visited The Happiest Place on Earth and recently recorded the anthem for this spectacular celebration called “Starting Now.”

The “Starting Now” single, produced by Grammy Award nominee Oak Felder and written by Jason Mater, Jordan Powers, and Darren Criss, was released by Walt Disney Records on May 21 but now thanks to the official Instagram of thedisneyprincesses, Disney fans have a chance to hear this song sung by Brandy and other incredible singers from around the world sung in 15 different languages!

From Dutch to Portuguese, Hebrew to Korean, Check out this inspiring song as Disney Princesses on Instagram shares:

Courage and kindness know no borders! Sound on to listen to the #UltimatePrincessCelebration anthem, “Starting Now” in 15 different languages.

Be sure to check out Brandy on the Disney+ streaming channel, as Cinderella in Rogers and Hammerstein’s Cinderella!

Do you think we need a part two, showcasing more languages and representing Disney Princesses such as Pocahontas, Mulan, and Moana? Let us know your thoughts in the comments below!