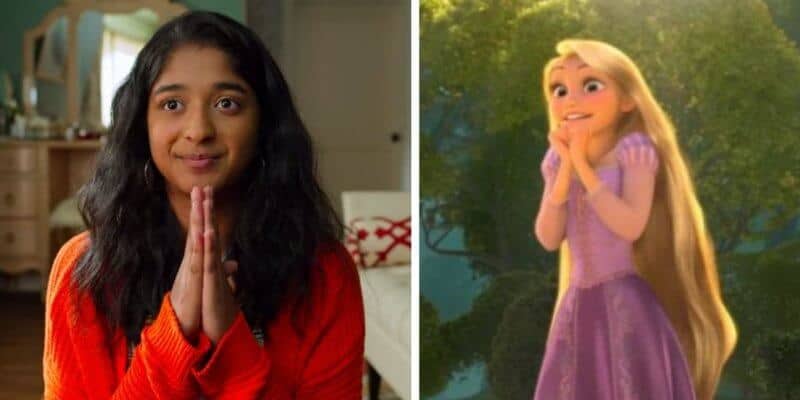 With more and more live-action adaptations coming to screens from Disney, many fans are always excited to hear what film Disney will decide to bring to life next.

The Disney princess animated classic films have been the go-to for Disney when it comes to moving a story from the animated world to real life. From Cinderella to Beauty and the Beast to Aladdin and more, it seems the over time, every Disney princess may very well be remade into a live-action film.

One thing Disney has begun to stray away from, as well, is not allowing the look of the animated version of a character to dictate what the actor cast in the live-action film must look like. The biggest physical change we have seen so far came with the casting of Ariel in The Little Mermaid, which just wrapped shooting!

In the animated version of the film, we know Ariel to be Caucasian with fire red hair; however, Disney did not pigeonhole themselves into one race when casting the film. Black actress Halle Bailey was cast in the role, and from set photos, it does not seems that she will be wearing a wig either (of course, that can change in post-production). This change was a huge step towards inclusivity.

Yara Shahidi, another Black actress, has also been cast to play the sassy pixie Tinker Bell in Peter Pan and Wendy. Watching Disney break their mold with this casting has left other actresses feeling that they too can be Disney princesses, regardless of their race.

Most recently, the Mindy Kaling created show Never Have I Ever on Netflix debuted its second season on Netflix. In an interview, lead actress Maitreyi Ramakrishnan spoke about what Disney princess she would like to play. Maitreyi is Canadian-born, and her parents are from Sri Lanka. Maitreyi identifies as Tamil, which is different from the ethnicity of her dream Disney princess.

When asked what her next dream role would be, Maitreyi said:

You know what’d be really cool? I’ve been saying this and I’ve been seeing other people saying this. I think Rapunzel should be a South Asian girl. Because hear me out, no one knows what it feels like to be trapped in your room, not able to go out because your mother is telling you no, without giving you an actual proper reason like brown girls do. It’s true. That would be like a dream role for me.

At the moment, there is no official talk of Disney creating a live-action Tangled film; however, if they ever do, it will be interesting to see if Maitreyi can star in it!

What do you think of Maitreyi Ramakrishnan wanting to play a live-action Rapunzel?