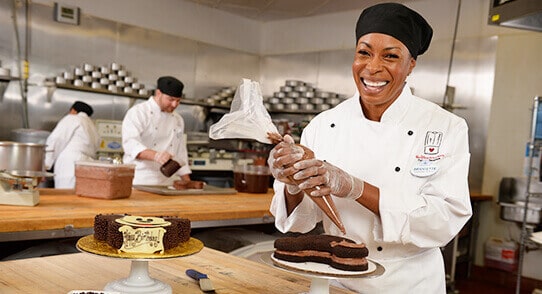 On October 1, Disney World will kick off its massive 50 Anniversary celebration. There will be new shows, gorgeous decorations, and, in turn, big crowds. In anticipation of this 18-month long epic event, Disney is looking to hire thousands of Cast Members. Yes, you read that right, thousands!

Disney World is hosting a job fair and looking for future Cast Members to fill a number of positions throughout the Resort, including housekeeping, custodial, food and beverage, culinary, and more. What’s better is that those hired for housekeeping — or Mousekeeping as people affectionately call the positions — and select culinary positions can earn signing bonuses of $1,000.

In a press release, Disney shared some great perks that will come with the Disney World positions, including pay starting at $14-$19 per hour. That is an incredibly competitive rate, as the minimum wage in Florida is currently $8.65. The minimum wage will increase to $10 in September. Here is more information shared by Disney:

Walt Disney World Resort has a decades-long tradition of offering an exceptional employment experience that focuses on each cast member and their families. It starts with the comprehensive pay and benefits package as well as onsite high-quality, innovative health care services available specifically to eligible Disney cast members. And, there’s more, such as discounts, events, offers, wellness resources as well as complimentary theme park admission opportunities – the experience of being a cast member is like no other job in the world. Disney is also committed to supporting the personal, professional and educational aspirations of its cast members, including access to the one-of-its-kind Disney Aspire program that pays 100 percent of eligible hourly cast members’ tuition upfront.

Walt Disney World is not the only Florida theme park resort that is hiring. The Universal Orlando Resort announced that they are also hiring thousands of Team Members. Universal also has a starting wage of $15 an hour, which they announced before Disney and is creating competition between the Parks for the top applicants to join their teams.

For those who would like to take a look at the various positions Disney World is hiring for, they can visit click here and be directed to the Disney Careers website. The Disney World job fair will run from July 27 – July 31.

Will you be applying to become a Cast Member at The Most Magical Place on Earth? Let us know in the comments!

CLICK HERE to book your very own Walt Disney World vacation with our friends at Academy Travel – an EarMarked Diamond travel agency that can provide you with a free quote today!