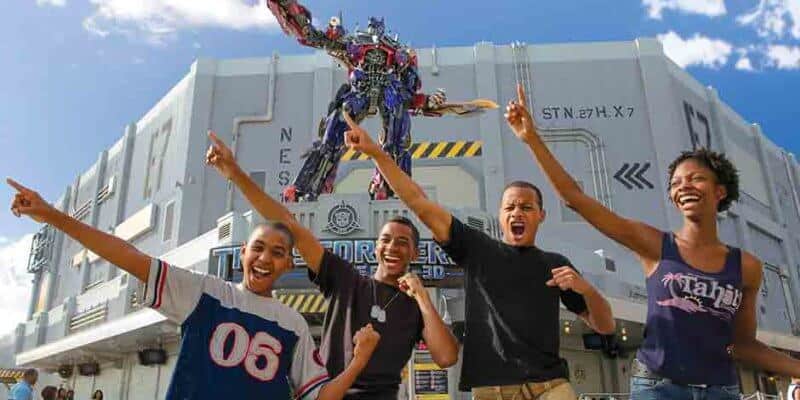 If you look to work at a world-class theme park, look no further because Universal is continuing its hiring train!

Universal has continued to announce that they are hiring for food and beverage, which truly is not surprising. At the moment, with the theme park back to regular capacity, lines for food and beverage are huge. Universal is even putting up temporary snack stands to help service Guest demand.

One of the other huge perks about working at Universal Orlando Resort is that the minimum wage begins at $15.00 an hour, which is well over $5.00 more than the state’s minimum wage. There is also a range of positions available, from full-time to part-time to seasonal.

Hospitality is at the heart of what we do, especially when our guests gather around the table to share a meal, so we admire those with an attitude for service and a motivation to enrich our guests’ dining experience. We invite you to join the Food and Beverage family as we help guests rest and reenergize for their next adventure at Universal Orlando Resort!

Universal announced that they would be upping their starting wage in 2019 when the Epic Universe theme park was announced. Fast-forward two years later, and we can see that Universal is staying true to both promises. Now that park wages are at $15.00, the only promise left to fulfill is Epic Universe. The soon-to-be newest Orlando theme park has undergone challenges with the pandemic, but construction is once again underway and the park is set to be open in 2025 according to Orange County Mayor Jerry Demings.

Plus, you will also obtain free theme park admission, which is fantastic! With Jurassic World VelociCoaster now roaring to life, and Universal returning to a normal state of operations, there has truly never been a better time to visit the parks. To learn more about the positions available, and to apply, click here.

What do you think of Universal Orlando Resort’s new minimum wage for Team Members?

Thinking of traveling to Universal Studios? Connect with Academy Travel, the Earmarked Diamond professional Travel Agents. They can screen your plans for a peak vacation at any Universal Park and give you the go-ahead on free vacation planning to enhance your trip! Contact them today at 609-978-0740 or by clicking here.