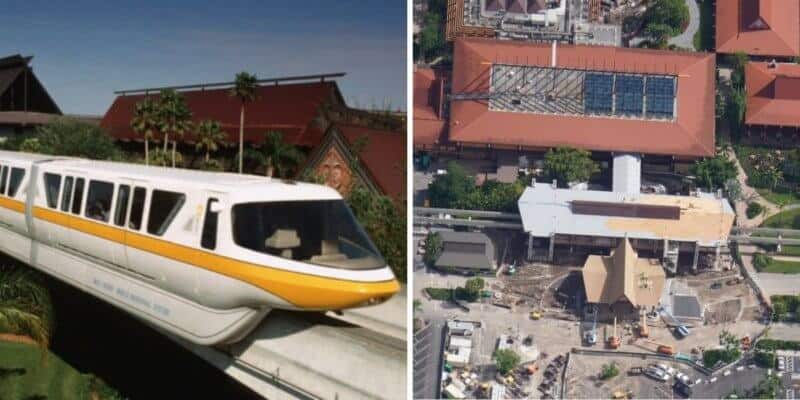 Disney is constantly updating their theme parks and Resorts to ensure that Guests are enjoying the most magical experience possible.

Lately, we have seen a lot more “Disney” go into Disney Resort rooms for specific IP theming. In many Resorts, the theme is typically based on a location. For example, Disney’s BoardWalk Resort has a boardwalk theme, and in the rooms, that theme is carried out. There are subtle Disney touches; however, it is not themed to a specific film or character.

As we now see many Resorts receive refurbishments, it seems that subtlety is becoming a little more obvious as Disney highlights certain characters and films to give Guests a very immersive Disney experience. An example of this is at Disney’s Contemporary Resort. This Resort represents modern and futuristic vibes to many, and previously, the rooms were not based on one character or film in the Disney canon.

Now, Disney has revealed that The Incredibles is the main focus of the rooms, adding in a lot more theming from the Pixar film! The closet even has wallpaper that mimics what The Incredible’s family closet would look like, filled with their suits. Disney’s Polynesian Village Resort has also had a similar transformation in their rooms, with Moana taking over.

The Resort has been under heavy construction for quite some time as the monorail station is also being redone, but the Moana rooms are prepping for their debut on July 19! Even with the rooms ready to leave their tarps behind, Guests staying at Disney’s Polynesian Village Resort will still have a lot of construction to deal with.

Photographer Bioreconstruct (@bioreconstruct) recently posted photos of the Resort’s construction from an aerial view so we can take a look at what is being done.

Just a few weeks ago, the steeple-style roof was lying on the floor.

A nearly straight-down aerial photo of the new Polynesian monorail station and porte-cochère.

Although Guests cannot currently utilize the monorail station, even with the new rooms becoming available, it seems that Disney is continuing to move their construction on this Resort at a rapid pace to ensure Guests can enjoy the perks of staying in a monorail-line Resort once again!

Do you think it is worth paying more for Disney’s Polynesian Resort in comparison to a Value or Moderate, even without the monorail available?