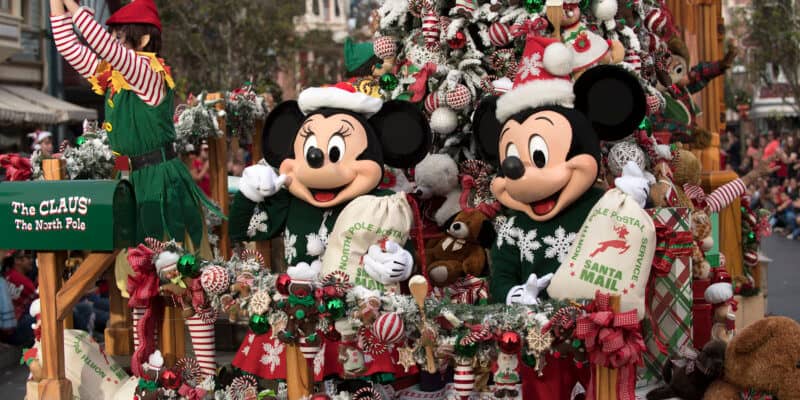 We have just received word on all of the new holiday celebrations coming to Walt Disney World this year, the biggest being the separately ticketed Disney After Hours event at Magic Kingdom.

Magic Kingdom is typically known to have separate events for both Halloween and Christmas, namely Mickey’s Not-So-Scary Halloween Party during the spooky season and Mickey’s Very Merry Christmas Party during the holidays. Last year, the pandemic led Disney to cancel separately ticketed events for 2020, and now we are seeing them return in a different way.

During the Halloween season in 2021, Guests can purchase tickets to the Disney After Hours event, Disney After Hours Boo Bash, which has already sold out for many nights. This event runs until October 31, which, of course, makes sense as that is Halloween!

We noticed that the event is stopping days before Christmas. Although this is typical — Mickey’s Very Merry Christmas Party ran on select nights through December 22 in 2019, for example — it does seem interesting for Disney not to offer this holiday After Hours event closer to Christmas, when the Halloween event will still be offered on Halloween.

Disney has not noted why the event will end earlier than expected for a Christmas event at this time. I have been pondering why Disneyland is seeing the return of its Halloween party — Oogie Boogie Bash — while Disney World is changing it up and not offering the traditional Halloween and Christmas parties, opting instead to host these events as After Hours offerings instead.

Considering all of these events will occur during the 50th anniversary, Disney may not want to deter Guests from purchasing a regular Park day ticket. When Mickey’s Not-So-Scary and Mickey’s Very Merry were offered in the past, the Park hours were reduced on event nights. But since After Hours events start at a later time in the evening after Park closing, then Guests can still get a full Park day before the After Hours event starts.

After all the financial hardship the pandemic has caused, and with international travel reopening during the 50th anniversary, Disney may want to allow Guests to spend as much time as possible in the parks while still offering a separate event that does not significantly alter Park hours. Perhaps allowing Guests to spend as much time as they want in the parks on Christmas Eve without worrying about having to leave for another event is also why Disney Very Merriest After Hours is ending earlier than some may have expected or hoped.

Would you have liked to attend Disney Very Merriest After Hours event on Christmas? Do you think the event is ending too early?

Comments Off on How Long Does Disney World’s New Christmas Event Last?