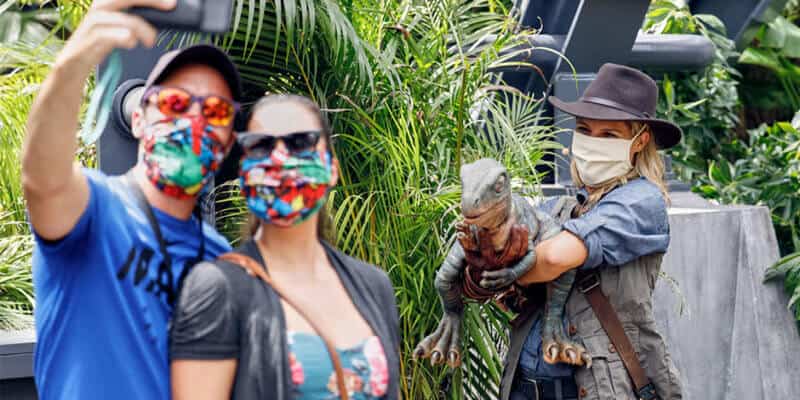 The dating world can be, well, interesting. With dating apps becoming the new “norm” to meet someone, you never know what will happen.

Well, one Team Member from Universal got a good laugh out of one of her DMs recently as she was mistaken for a cop.

One Twitter user, Kelsey (@kburn1204), recently took to the social media platform to share one of her recent DMs from a dating app, which got a lot of users’ attention.

Kelsey simply captioned her Tweet “HUHHH??!!!” along with two screenshots — One of the direct messages she was sent and one of her in her Jurassic Park Team Member costume — which you can see below.

From the first photo in her Tweet, you can read the thread of DMs sent to her. The first says:

Look your smile was one of the reasons I swiped right! Its so pretty

Then, the DMs begin to give a good laugh — The second message reads:

With the third message asking:

How long have you been an active cop rn?

It seems Kelsey got a good laugh out of this as she Tweeted it out for her followers to see. Her followers also seemed to find this response hilarious as several people replied to her Tweet.

And Dave M. (@ThunderMesaArt) told Kelsey to play along for the fun of it:

Just play along. It will be worth it

Just play along. It will be worth it

And there are several other replies, all getting a kick out of these DMs as it seems Kelsey was not the only one to find this hilarious.

Have you visited Universal Orlando recently? Let us know in the comments below.

Comments Off on Dating App User Hits on Team Member, Thinks She Is a Cop