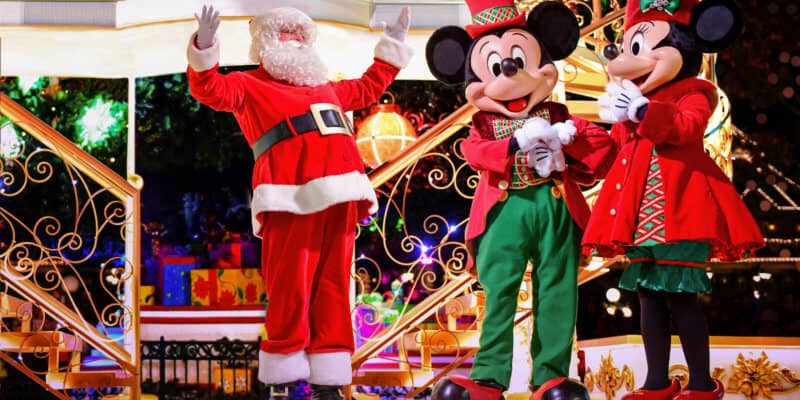 Today marks halfway to the holidays and Disney is already beginning the celebrations as they just announced Christmas will be returning to one Disney Park!

Fans of Disney Parks have been anxiously awaiting to see what the theme parks will do for Christmas this year, and now, thanks to Disney Parks and Disney Parks Blog, we have some exciting news to share regarding one Disney Park — Disneyland Paris!

Disney Parks took to Twitter to share that Disney’s Enchanted Christmas will be returning to Disneyland Paris beginning November 13:

Disney Parks Blog has since shared additional details regarding this year’s celebration:

Beginning Nov. 13, guests can celebrate the season as Disneyland Paris wraps itself in the magic of Christmas with Disney’s Enchanted Christmas! At Disneyland Park, a thousand lights will brighten the magnificent Christmas tree welcoming Guests as they arrive, and the illuminations on Main Street, U.S.A. will guide them to Sleeping Beauty Castle. You might even see frosty snowflakes falling from the sky from time to time on Main Street, U.S.A.! Many iconic Disney Characters like Mickey Mouse, Minnie Mouse, Donald Duck, Goofy and Stitch – even Santa Claus himself – will be dressed in their finest holiday attire, enhancing this Winter’s magic in both Disney Parks. Disney’s Enchanted Christmas will run through Jan. 9, 2022, so stay tuned for even more details and surprises.

In regards to Walt Disney World in Florida, we now know that Mickey’s Very Merry Christmas Party will not return, but instead, a new Disney After Hours event will debut called Disney Very Merriest After Hours.

Are you excited to see Christmas return to Disneyland Paris? Let us know in the comments below.

Comments Off on Christmas Is Officially Returning to One Disney Park!