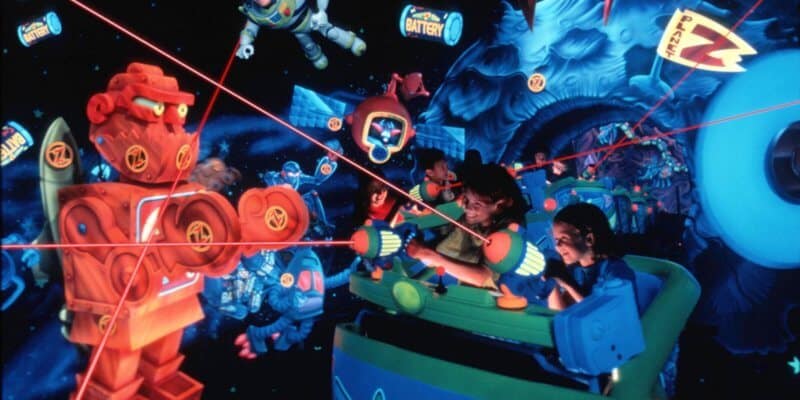 As Walt Disney World prepares for its 50th anniversary celebration this October, Disney is working around the clock to ensure everything is in tip-top shape while also bringing new experiences to Disney fans — including reimagining rides such as Jungle Cruise located in Adventureland at Magic Kingdom Park.

According to the official Walt Disney World website, one popular attraction in Tomorrowland will undergo a refurbishment for a short time this month.

Much like Toy Story Mania in Disney’s Hollywood Studios, Buzz Lightyear’s Space Ranger Spin is a competitive attraction and allows Guests to give it their best shot at an array of moving targets. Disneyland’s version, called Buzz Lightyear Astro Blasters, also recently went under refurbishments after its yearly-long closure and made sure every laser gun and electronic dashboard were in perfect condition for Disney fans for its reopening.

Do you want to learn more about this dark ride made for all ages? Walt Disney World’s website describes this attraction as:

How do you feel about this ride located in Tomorrowland? Let us know your thoughts in the comments below!