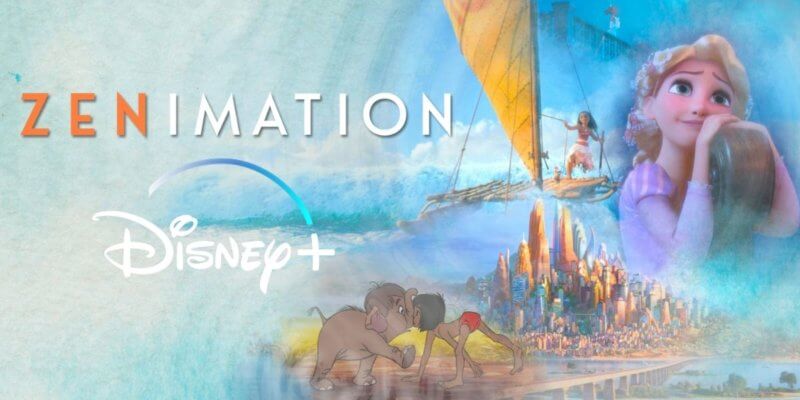 The first season of Zenimation was such a hit for Disney+ subscribers, and thanks to that success, the creators have decided to move forward with a second season! Now, a few days ahead of its official debut, additional details have been revealed.

When Zenimation Season 2 hits Disney+, viewers will be able to experience the comforts of every day with Tiana, Anna, and Dumbo as well as enjoy scenic waterways of Mt. Olympus and Atlantis.

According to What’s On Disney Plus, Zenimation Season 2 will feature eight short-form episodes as well as a “play all” long-form episode.  The second season will consist of the following episodes:

What’s On Disney Plus went on to explain how Season 2 will dive deeper into the legacy of the films as well as include never-before-seen scenes from Raya and the Last Dragon:

New to season two –the episodes delve even deeper into the legacy of films, including never-before-seen scenes from the latest Disney Animation film, “Raya and the Last Dragon,” as well as exploring classics such as “Bambi,” “Fantasia,” and the film that started it all, “Snow White and the Seven Dwarfs.”

The series creator, David Bess, also spoke out regarding details of the second season:

“We were blown away by the response to the first season and wanted to make certain season two both captured and expanded upon what audiences enjoyed. We had previously only used those titles in which we had the ‘audio stems,’ which is to say those titles where the sound was mixed in a way where we could separate the sound effects from the dialogue and music. For season two, our incredible sound designer, Shannon Mills, not only enhanced the existing sound design in the films, just as he did for the first season, but often had to recreate it from scratch, for the older titles like ‘Snow White and the Seven Dwarfs.’ The respect Shannon has for his fellow sound designers from throughout the history of Disney films runs deep and is evidenced in the care he and his team took with this season.”

The first season of Zenimation is currently streaming on Disney+. The second season arrives on Disney+ on June 11.

In case you aren’t familiar, the official description of Zenimation reads:

Unplug, relax and refresh your senses for a moment of mindfulness with Walt Disney Animation Studios’ Zenimation. Whether it’s baby Moana being called by the ocean, Anna and Kristoff walking through an icy forest or Baymax and Hiro Hamada flying over San Fransokyo, these iconic scenes become an aural experience like no other with the sounds of ocean waves, an icy forest and soaring flight.

Are you excited for when Season 2 of Zenimation his Disney+? Let us know in the comments below.

Comments Off on ‘Bambi’, ‘Aladdin’, ‘Moana’, and More Confirmed For ‘Zenimation’ Season 2