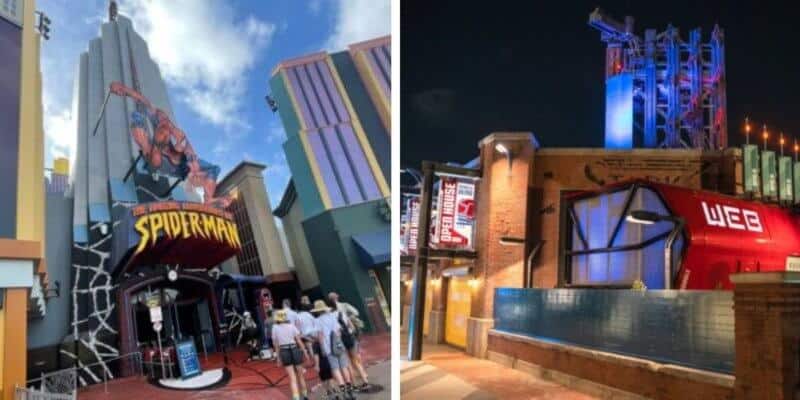 Now that Avengers Campus is gearing up to open, many Marvel fans are starting to get extremely excited to see the land come to life.

As you likely know, over at Disney California Adventure inside of the Disneyland Resort, a brand new land called Avengers Campus will be debuting to Guests. The new land will come with new meet and greets, attractions, food locations, and themes to pull any Marvel fan into their favorite films. On June 2, Disney presented a live stream for fans to tune into as they teased the new land, and there was one Avenger who really stole the show.

Not only will Guests be able to see an animatronic Spider-Man fly through the air before climbing down a wall upsidedown to do a meet and greet, but WEB SLINGERS: A Spider-Man Adventure is an all-new Disney attraction that features the Avenger as well!

Twitter has already erupted with excitement about the Spider-Man offerings Avengers Campus will hold, and it seems it left another Marvel-themed park feeling a little left out!

If Guests travel to the east coast and visit Disney World, they will realize no Avengers Campus; however, they could go to Universal Orlando Resort and enter Marvel Super Hero Island at Islands of Adventure. Due to a licensing agreement with Universal, Disney World is unable to add a Marvel section. That being said, Universal cannot use the face of any Marvel actor (like how Disneyland’s Spider-Man is Tom Holland’s version of the character), so the park sticks strictly to the comics.

Universal’s Twitter account is known to poke fun at Disney, so a response like this after Disney showcased an entirely new land that Universal has as well was bound to happen! There is a good chance that the Twitter account will continue its cheeky antics as Avengers Campus debuts on June 4, so be sure to keep an eye out on Twitter for more fun!

What do you think of the new Spider-Man offerings at Disneyland? Do you think it compares to the Spider-Man attraction at Universal?