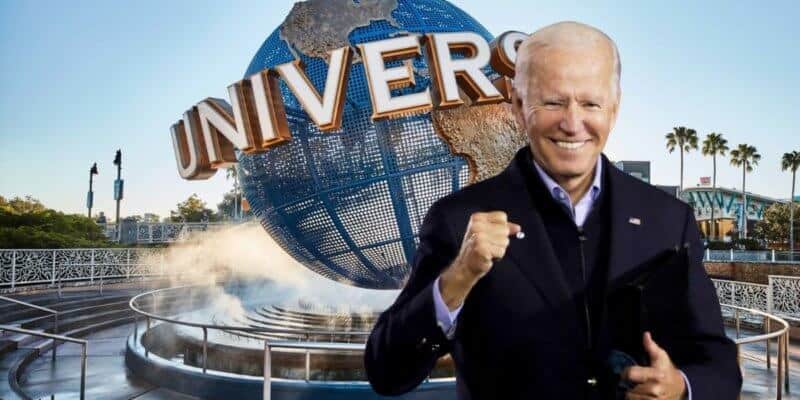 Universal Orlando Resort has a hilarious Twitter account that is active and always finds a way to throw a little sass towards anyone on Twitter entertainingly and cheekily.

The theme park has created a very relatable — and occasionally conversational — social media platform, that generally only leaves Guests more excited to visit Universal Studios Florida, Universal’s Islands of Adventure, and Volcano Bay. Today, Universal Orlando Resort turned 31, and oddly enough, we did not see the Twitter account post too much earlier this morning.

Now, Universal (@UniversalORL) has finally sent out a Tweet about the birthday, and it was pretty hilarious!

Who do we need to speak to about turning our birthday into a national holiday?
@Twitter? @POTUS? @TheRock?

Who do we need to speak to about turning our birthday into a national holiday? @Twitter? @POTUS? @TheRock?

In the Tweet, we can see that Universal wants their birthday to become a national holiday. The theme park joked about asking Twitter, WWE superstar — and Disney actor (he voiced Maui in Moana and has a starring role in the new Jungle Cruise movie) — Dwayne “The Rock” Johnson, and President Biden to help make the holiday happen. Of course, this was a joke on Universal’s end, but it was pretty funny to read that the park would go to those extremes.

Universal has put out a few knee-slappers today as well, such as calling out Guests for not riding E.T. Adventure enough and having Guests debate over their favorite attraction.

Universal Orlando Resort has also used its Twitter in the past to poke fun at Disney; you can read more about that here!

What do you think of Universal Orlando Resort’s hilarious Tweet? Let us know in the comments below.

If you want to come and visit Universal Orlando Resort, you can! Click here to get your vacation started. With Halloween Horror Nights returning this fall and VelociCoaster officially debuting in days, Universal is the must-do spot for all thrill-seekers! Volcano Bay can also give Guests a much-needed refresher during the hot Florida summer. With so much to see and do, why wouldn’t you want to visit?