Universal Orlando Brings Parades Back to Theme Park! - Inside the Magic 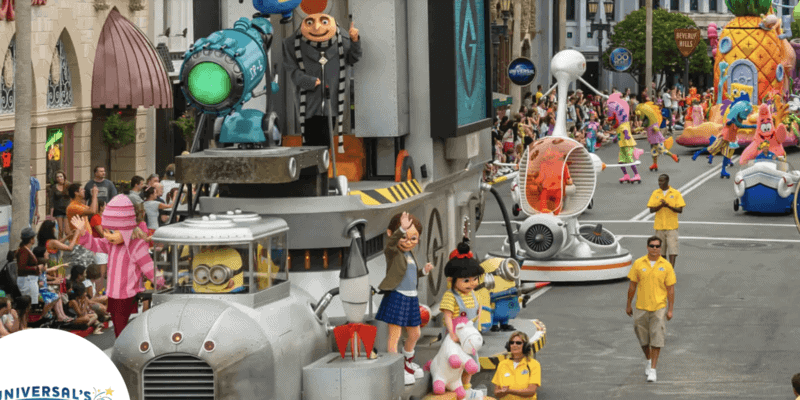 Universal Orlando Resort has been heading towards normal Park operations for quite some time now, and it seems that they have reached another milestone.

From mask mandates being fully removed for fully vaccinated Guests, to social distancing disappearing, to single rider lines returning, the Universal theme park experience truly has felt like it is on the way to a pre-pandemic state. One thing that both Disney and Universal have been missing for quite some time now is their parades.

Although Disney World has yet to announce any update on parades returning to Magic Kingdom or any other Disney World theme park, Universal Studios is bringing their parade back today!

BREAKING: Universal’s Superstar Parade is BACK today, June 26, at 7:00 pm!

From their post, it seems that any Guest who would like to view the parade should be ready to do so at 7:00 p.m. this evening.

Parades truly heighten the theme park experience and give Guests an excuse to laugh, smile, dance around, and wave to their favorite characters, so it is great to see this offering return to Universal. With Halloween Horror Nights around the corner, Universal is really showing Guests that they can give them a fun-filled park day.

This announcement comes after Disney World alerted Guests that they would be testing fireworks this evening in preparation for Happily Ever After’s return. Considering that will not be until later this evening, Guests in the Orlando area could watch the parade at Universal and then hang around Disney World property to watch the fireworks!

What do you think of Universal bringing back parades? What else would you like to see return?

Comments Off on Universal Orlando Brings Parades Back to Theme Park!