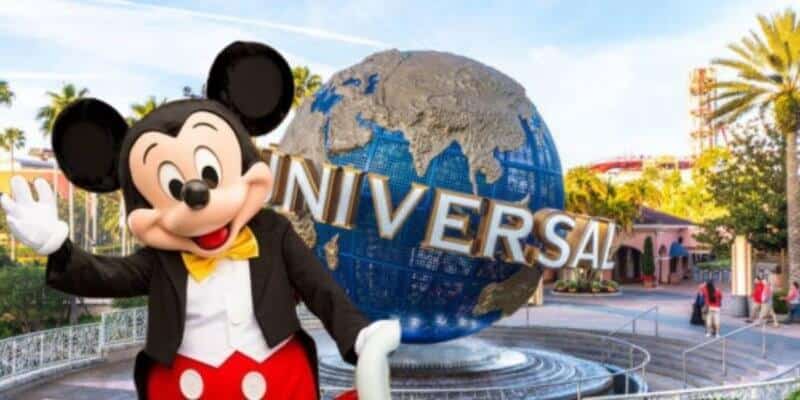 Universal Orlando Resort is a fantastic theme park resort, from its thrilling rides and immersive lands, all the way down to their  Team Members who rope Guests into the experience with immersive storytelling!

Recently, we reported on an incredibly fun and hilarious story that we experienced on our way to Universal Orlando Resort. Universal security stopped us to let us know that if we eat bananas within 24 hours of visiting either Universal Studios Florida or Universal’s Islands of Adventure, we would get licked by minions — to read more on that story, click here.

After we were done cackling from the tale security passed along to us, our security officer and Team Member continued to chat to us about another story, but this one was about Mickey Mouse and Minnie Mouse!

If you have seen Universal Orlando’s Twitter account, you already know that the company loves to poke fun at Disney World, so hearing this story only continued to prove true to their sense of humor. The Team Member asked me if I had ever seen Mickey or Minnie at Universal before. Of course, I responded that I had not! He proceeded to tell me that Universal was actually having a meeting with the real Mickey Mouse and Minnie Mouse to sign a contract that would allow the mice to appear at their competitions theme parks, as well as their own.

Right away, I was laughing at the thought that Mickey and Minnie would not only be willing to come to Universal but wanted to work for them — and then the best part of the story came along. “But, the meeting never happened,” the Team Member continued, “Want to know why?” I nodded my head as the Team Member explained to me that they were too scared that Cat in the Hat would eat them! So apparently, that is why Guests never see Mickey Mouse or Minnie Mouse at Universal.

Not only is this story hilarious, but it probably is a great way to explain to little kids why Mickey and Minnie are not there. When kids go on vacation to Orlando, they often just assume that everything is Disney World and Mickey Mouse will pop out around every corner. Of course, Mickey would not be at Universal due to licensing agreements (Mickey Mouse belongs at Disney Parks!), but this story is a much more fun way to explain that situation.

What is a fun Team Member interaction that you have experienced at Universal Orlando Resort?