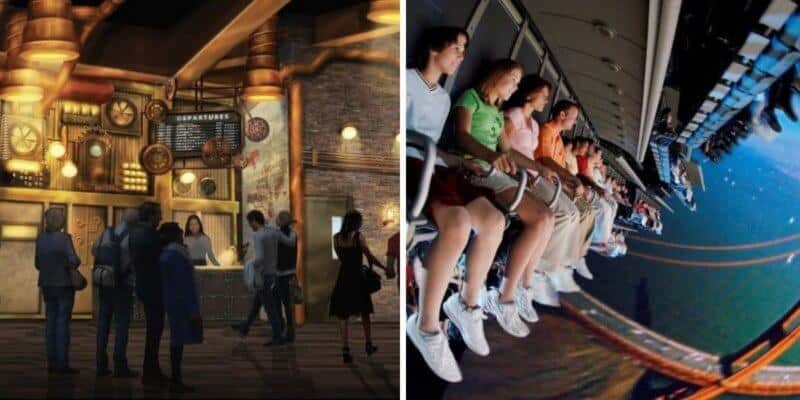 If you are a fan of Soarin’, we have some good news for you!

The Disney attraction Soarin’ has taken home at many Disney Parks worldwide, with similar versions at EPCOT at Walt Disney World Resort, Disney California Adventure at Disneyland Resort, and Tokyo DisneySea at Tokyo Disney Resort. Although the video footage is different at the U.S. Disney Parks from the Tokyo version of the attraction, Guests can still enjoy the feeling of flying peacefully over stunning landmarks and landscapes. At the same time, scents fill the theater, pulling everyone into a deeper immersion in the attraction.

Related: Why EPCOT is still worth your time during construction

The ride is quite popular, and now, it seems that the attraction’s manufacturing company are recreating the attraction for companies other than Disney. According to the Orlando Sentinel, Dynamic Attractions will be opening its first co-venture, “SkyFly: Soar America, set to open at the Island in Pigeon Forge, an entertainment complex in eastern Tennessee in mid-June.”

“We know and understand attraction developments. But we’re not always the smartest guys in the room on market analysis because it’s not always our backyard,” said Jerry Pierson, chief operating officer and president of Dynamic Technologies Group. “So, the partner typically provides that type of insight.”

The official website states, “Have you ever wanted to fly? Ride on the back of a dragon? Be in the middle of an action movie? Our specialty theaters provide your guests with the most immersive experience possible.”

The Island in Pigeon Forge wanted to add an attraction that allowed the residents of Tennesee not to feel that they had to travel to Disney World or Disneyland to get high-quality attractions. This means anyone near the area will have the ability to get a taste of a Guest-favorite theme park attraction without having to pay the high costs of a Disney vacation. It will also be quite different than any of its predecessors as SkyFly: Soar America’s film will use the landscapes of the wild west.

The storyline for SkyFly: Soar America involves a Wild West theme, a wacky professor who tinkers with inventions in a workshop/barn and his daughter. The flight includes scenes above Niagara Falls, Mount Rushmore and, for local color, Bristol Motor Speedway.”

It will be interesting to see if this attraction style continues to pop up in other theme parks across America in the future!

Do you think attraction’s such as Soarin’ will continue to be a hit as time passes? Would you want an attraction like this at your home theme park?