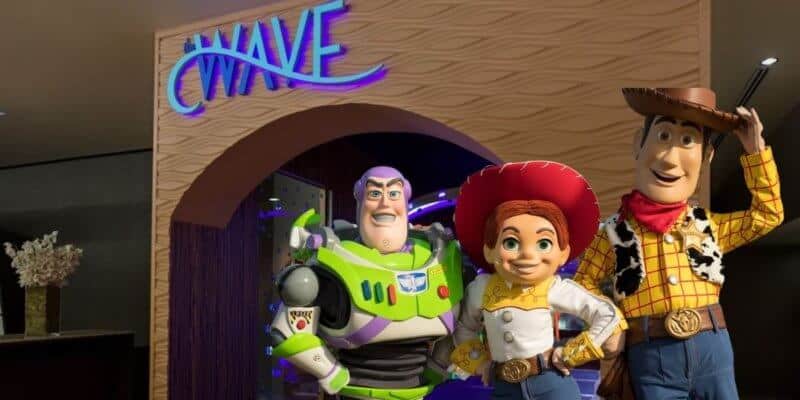 Disney World recently announced that The Wave… of American Flavors in Disney’s Contemporary Resort is closing permanently to make way for a new, reimagined dining experience.

At this time, all we know is that, per Disney Parks Blog, “The Wave… of American Flavors, will also soon close to make way for a reimagined dining experience in time for the Walt Disney World 50th anniversary celebration.”

We also know that Disney’s Contemporary Resort is receiving a Pixar makeover as photos of the newly renovated rooms show The Incredibles theming.

With this being said, should a similarly themed dining experience replace The Wave? Personally, I say yes!

Disney Parks Blog said that a reimagined dining experience would be coming to the location of The Wave… of American Flavors. At this time, there is no other information regarding what’s coming aside from the fact that it will debut in time for Disney World’s 50th anniversary, which will begin on October 1, 2021.

With the new renovations happening at Disney’s Contemporary, I started to think if Disney could possibly bring a Pixar-themed dining experience to the Resort. I feel as though Pixar does not get represented as fairly as it should at Walt Disney World. Toy Story Land is now at Disney’s Hollywood Studios, and some characters can be seen in the cavalcade, however, I feel that Pixar has so many films that need more representation.

I would love to see a Pixar character dining come to Disney’s Contemporary to coincide with the new The Incredibles-themed rooms. Characters such as Mr. and Mrs. Incredible from The Incredibles, Woody and Buzz Lightyear from Toy Story, Mike and Sulley from Monsters, Inc., etc.

Maybe even more rare characters such as Flik from a bug’s life could be included and come from table to table for autographs and photos!

The only issue I can see arising with a new Pixar character dining coming to Disney’s Contemporary Resort is Chef Mickey’s.

Therefore, I feel if Disney did bring a Pixar-related dining experience, Chef Mickey’s would probably have to close. But with all of this being said, Disney’s Contemporary certainly needs to revamp its dining at the Resort as updates have not been made in quite some time, and personally, I feel Pixar would reach such a wide audience it could help bring in more Guests to the Resort.

It is important to keep in mind that at this time, Disney has not announced the closure of Chef Mickey’s nor exactly what dining experience would be coming to The Wave location, but Inside the Magic will update you as we get information.

Do you want to see a Pixar character dining experience come to Disney’s Contemporary? Or would you like to see something else? Let us know in the comments below.