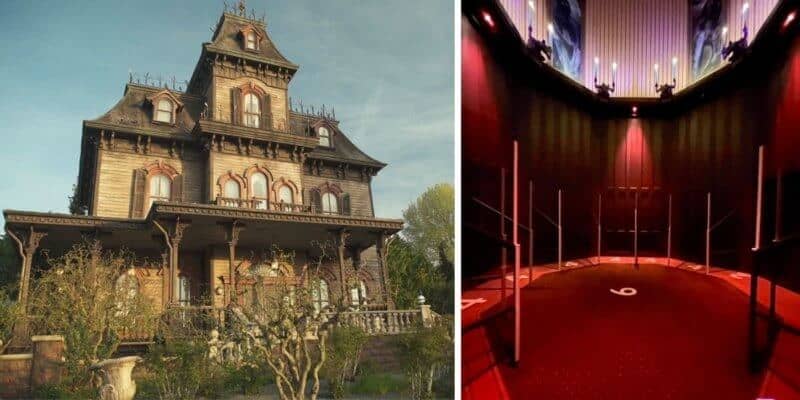 One big thing that has been missing from some Disney Park attractions as of late is pre-shows. Although many offerings are beginning to return to normal, walking through The Haunted Mansion at Disney World does not feel the same without the stretching room telling you there are no windows and no doors.

The Haunted Mansion has arguably one of the best pre-shows at Disney as it really sets the mood of the attraction. Although we have yet to see the pre-show return at Disney World, once Disneyland Paris reopens on June 17, Phantom Manor will have its pre-show in full effect, just as we have seen at Disneyland.

Much like the Disney World and Disneyland version of the attraction, Phantom Manor also has a stretching room. DLP Report (@DLPReport) posted a photo of the stretching room, which now has numbers on the floor and plexiglass to separate parties.

At Phantom Manor, plexiglas dividers have been added inside the Stretch Room.

?At Phantom Manor, plexiglas dividers have been added inside the Stretch Room ? pic.twitter.com/ordibMJNz2

It will be exciting for Disneyland Paris Guests to now ride Phantom Manor with the pre-show in effect so that Guests can once again hear the full story told as they board the attraction.

Do you think that Disney attraction pre-shows are essential to the ride experience? Let us know your thoughts in the comments below!

Comments Off on Disney Brings Back Another Haunted Stretching Room