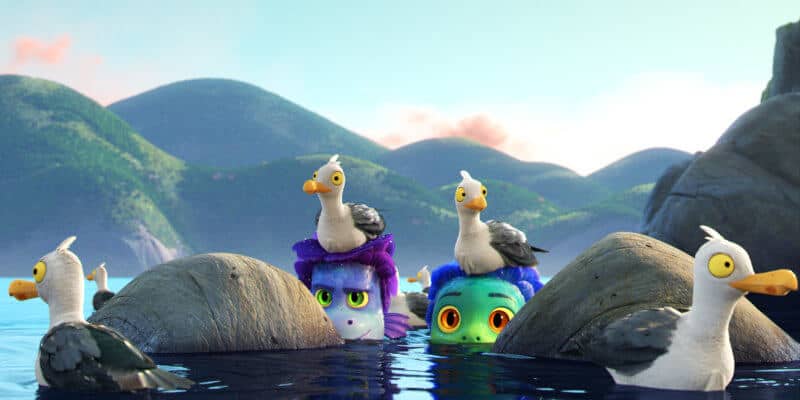 On June 18, Disney-Pixar will stream its newest movie Luca on Disney+ for all subscribers. The film takes place in the Italian seaside town of Portorosso and is about a young sea monster named Luca and his adventures in the human world with his friend Alberto.

Luca captures the beauty of the Italian Riviera as well as the beauty of friendship. The film stars Jacob Tremblay (Room) as Luca and Jack Dylan Grazer (Shazam!) as Alberto. Disney describes the newest Pixar film:

Set in a beautiful seaside town on the Italian Riviera, Disney and Pixar’s original feature film “Luca” is a coming-of-age story about one young boy experiencing an unforgettable summer filled with gelato, pasta and endless scooter rides. Luca (voice of Jacob Tremblay) shares these adventures with his newfound best friend, Alberto (voice of Jack Dylan Grazer), but all the fun is threatened by a deeply-held secret: they are sea monsters from another world just below the water’s surface. “Luca” is directed by Academy Award® nominee Enrico Casarosa (“La Luna”) and produced by Andrea Warren (“Lava,” “Cars 3”).

As a way to bring even more hype to a film that already has a lot of it, Disney-Pixar teamed up with Pasta Grannies — real-life Italian grandmothers who make homemade pasta — and had them watch the Luca trailer. Below are their absolutely delightful reactions.

It seems as though Disney and Pixar were truly able to capture the magic and history that is engrained in the Italian Riviera with Luca — and the Pasta Grannies just love it.

This is not Luca director Enrico Casarosa’s first foray into films that take place on the Italian Riviera. In 2o11, Casarosa directed the Disney short film La Luna — where a young boy named Bambino helps his father and grandfather sweep up stars on the moon. The short film was nominated for Best Animated Short Film.

Luca premieres on Disney+ on June 18 and will also star Emma Berman as Giulia and Maya Rudolph and Jim Gaffigan as Luca’s parents, Daniela and Lorenzo.

Will you be watching Luca when it premieres on Disney+? Let us know in the comments!