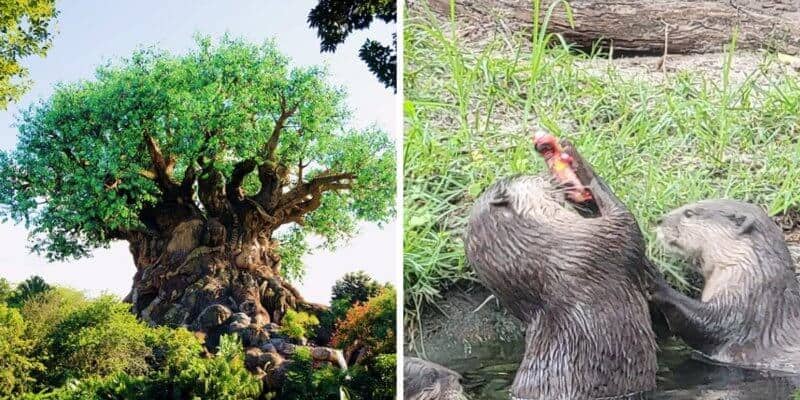 Disney’s Animal Kingdom is filled with different types of wildlife. From cheetahs to zebras to otters to monkeys, Guests are able to stop and watch animal species in their “natural” habitats when visiting the theme park.

Well, on a recent trip to Disney’s Animal Kingdom, some Guests were in for a treat when they spotted the otters in the Otter Grotto play fighting over a Lightning McQueen toy.

One Reddit user (xcheck76) shared a photo of the otters play fighting over the Lightning McQueen car toy to the social media platform along with the caption:

Someone accidentally dropped their Lightning McQueen toy into the Otter Grotto yesterday, and the otters had a blast!

Someone accidentally dropped their Lightning McQueen toy into the Otter Grotto yesterday, and the otters had a blast! from WaltDisneyWorld

The user later commented on the Reddit post, informing followers that the otters were not injured and animal handlers soon came over to remove the toy:

Note: Cast members were notified at the time, and they got in touch with the animal handlers to get the toy removed. Fortunately, these guys didn’t appear to be chewing on the toy, so much as they were just playing with it in their hands and trying to steal it from each other. Very cute to watch. I’m not sure how long they had the toy before I came upon them, but they didn’t have it for long after.

We do want to note that when visiting Animal Kingdom, please be careful and mindful of the wildlife. In this situation, the otters were not harmed as they were not chewing on the toy and the animal caretakers were able to attend to the situation quickly. However, it is important to keep in mind to always hold on to your possessions when visiting the theme park so that the animals are not endangered.

Additionally, items such as plastic straws and balloons are not permitted at Animal Kingdom in order to keep the wildlife safe. For the most up-to-date rules and regulations at Walt Disney World, visit their official website here.

Related: How to Avoid Crowds at Disney’s Animal Kingdom

Is Animal Kingdom your favorite theme park at Disney World? Do you typically stop by the Otters Grove? Let us know in the comments below.

Comments Off on PHOTO: Otters “Fight” Over ‘Cars’ Toy at Animal Kingdom