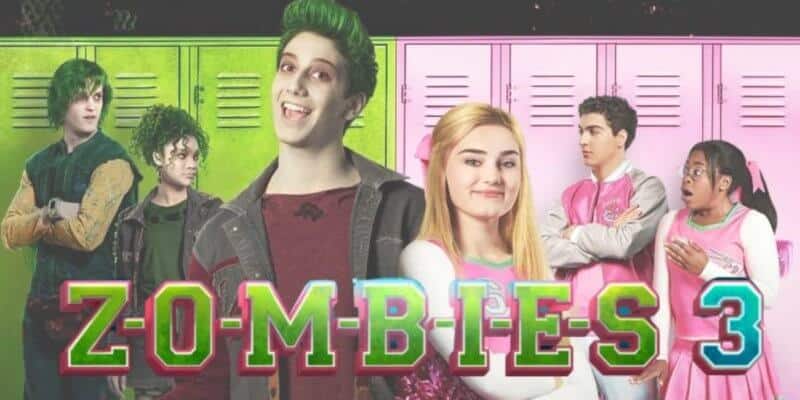 Zombies is one of Disney Channel‘s most popular Original Movie franchises. The cult following began with Zombies (2018) when Zed (Milo Manheim) and Addison (Meg Donnelly) won over fans as their love story began. Then, the zombie-cheerleader couple returned to screens for the highly anticipated sequel, Zombies 2 (2020).

Now, fans are excited because Manheim and Donnelly will once again take on the roles of Zed and Addison for a third film — Zombies 3! We already knew production began on the third installment, but now, thanks to one of the actors, we can assume that filming is also now underway.

The photo, which was posted to Manheim’s Instagram Story, did not say much aside from “Supski” in a small font, but it is clear that the Disney Channel star is once again embracing the iconic Zed green hair.

Unfortunately at this time, there is no debut date for the highly anticipated Zombies 3, but with Manheim hinting that filming has begun, we can only hope to see the third film very soon. Inside the Magic will update you as we get information.

More on the Zombies franchise

In case you have never seen Zombies, the official Disney+ description reads:

Now that the government has created a device that stops zombies from craving brains, Seabrook High — a school focused on uniformity, traditions, and pep rallies — faces student integration with the Zombietown kids. As the human and zombie students struggled to coexist, a budding friendship between cheerleader Addison and zombie Zed could unite their high school and community for good.

And the official Disney+ description for Zombies 2 reads:

Zed and Addison continue to steer Seabrook High toward unity! But the arrival of a group of mysterious werewolves shakes things up and causes a rift between Zed and Addison!

Both Zombies and Zombies 2 are streaming on Disney+.

Are you excited to see a third Zombies film? Let us know in the comments below.