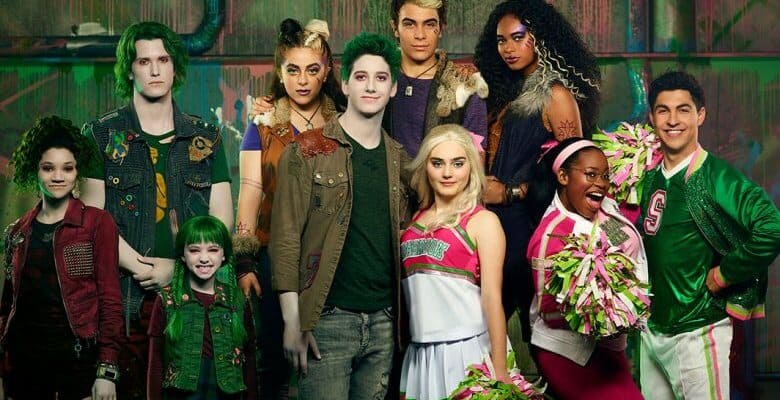 Heads up, Disniacs! Disney Channel Fan Fest is coming back to the Disneyland Resort and it’s finally coming to the Walt Disney World Resort!

The third annual Disney Channel Fan Fest will be held on Saturday, May 9, at Disney California Adventure Park in Anaheim California. Afterward, the event will head to Walt Disney World to take part in the festivities for EPCOT‘s International Flower and Garden Festival.

Fans will have multiple opportunities to mix and mingle with the casts from Disney Channel’s most popular shows. Among the activities included at the fan-focused day across Disneyland Resort are Disney’s “QUIZney” trivia challenge, learn-to-draw sessions with creators from Disney Television Animation, a sneak peek at the upcoming Disney Channel Original Movie “Upside-Down Magic,” “Descendants” and “ZOMBIES”-themed dance parties, and photo opportunities with some of Disney Channel’s biggest stars. In addition, a cavalcade down Main Street, U.S.A. at Disneyland park featuring today’s brightest young celebrities with favorite Disney characters will be live-streamed on the Disney Parks Blog and Disney Channel YouTube.

On top of the sneak peeks, and the dance parties, guests will also have the chance to meet Disney Channel stars* from the following Disney Channel movies and shows: ZOMBIES 2, Gabby Duran & the Unsittables, Raven’s Home, Just Roll With It, Sydney to the Max, Coop & Cami Ask The World, BUNK’D, and the upcoming Disney Fam Jam and Upside-Down Magic. The creative gurus behind Big City Greens, The Owl House, and Amphibia will also be on-hand to host “how-to-draw” sessions.

*Celebrity photo opportunities/meet-and-greet experiences will be available for fans with wristband distribution at park opening hour on a first-come, first-served basis and while supplies last. Cast appearances subject to change or cancellation without notice. Theme Park admission for Disneyland Resort and Walt Disney World is required.

Planning Your Trip to EPCOT’s Flower and Garden Festival?

If you’re heading to EPCOT or any Walt Disney World theme park, our friends at Academy Travel are here to help! After years of arranging unforgettable Disney vacations, Academy Travel’s agents know what it takes to create the best possible Walt Disney World trip for your budget. Click here to learn more and receive your free, no-obligation quote today!

Are you excited for this year’s Disney Channel Fan Fest? Did you get the chance to go last year? What advice would you give to a Disniac looking to go to the Fan Fest for the first time this year? Let us know in the comments!

Comments Off on BREAKING: Disney Channel Stars are Returning to the Disney Parks This Spring!