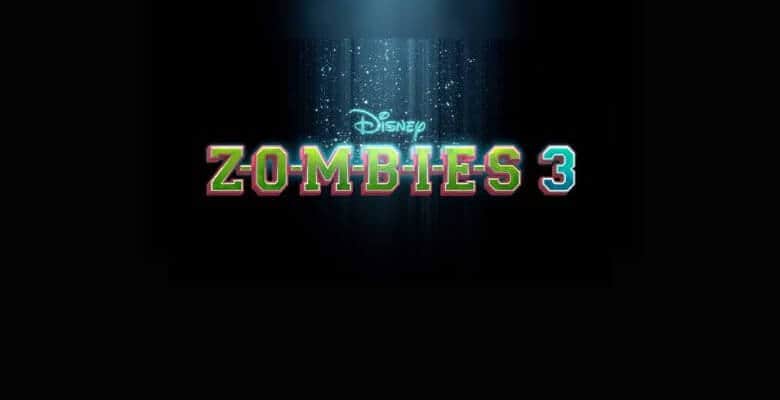 Howling with the CALL TO THE WILD, Zombies 3 staggers into the new decade with a third film in the Zombies Disney Channel Original Movie series. Zombies and Zombies 2 debuting in 2018 and 2020 respectively, we don’t yet know when we can expect the third movie to debut, but we’re guessing 2022 will be OUR YEAR. Let’s see what we can expect from Addison’s next adventure in Seabrook…

While the new DCOM hit isn’t filming yet, pre-production has begun with the repeat casting of franchise stars Meg Donnelly and Milo Manheim reprising their respective roles as Addison and Zed. Additional casting has not been announced, but the announced the Disney Channel reported today that filming is set to start later this Spring in Toronto, Canada with Seabrook’s star-crossed cheerleader and zombie couple leading the way.

The music-driven ZOMBIES 3, which is a production of Bloor Street Productions, will be the intergalactic third story in the hit Disney Channel Original Movie franchise. Lauren Kisilevsky, Vice President of Original Movies from Disney Branded Television, spoke on the upcoming film to D23:

“After the enormous success of ZOMBIES 2, we wanted to raise the stakes in this third and final installment. So when the ultimate outsiders descend on Seabrook, our team of cheerleaders, zombies, and werewolves must band together to face a threat of galactic proportions that may change the face of Seabrook forever.”

From D23, we’re getting the beginnings of the Zombies 3 plot, which brings Zed to his senior year and considers college plans. Meanwhile, Addison has the competition of her life ahead of her when aliens land…

In ZOMBIES 3, Zed and Addison are beginning their final year at Seabrook High in the town that’s become a safe haven for monsters and humans alike. Zed is anticipating an athletic scholarship that will make him the first Zombie to attend college, while Addison is gearing up for Seabrook’s first international cheer-off competition. Then, suddenly, extraterrestrial beings appear around Seabrook, provoking something other than friendly competition.

We also learned that DGA Award-winner Paul Hoen, who’s directed a record-setting 15 Disney Channel Original Movies, including both ZOMBIES installments, will direct the “trequel” from a screenplay by David Light and Joseph Raso. Light and Raso will serve as executive producers, along with Suzanne Farwell.

If you love DCOM originals and the killer music that comes with them, be sure to check out the latest Descendants news with the release of Descendants: The Royal Wedding. It’s an animated special coming out Summer of 2021 that will cover quite the social event.

In the meantime, we’ll be brushing up our Zombie cheers, Werewolf moves and high school resumes. We can’t wait to see what catchy songs spill forth from this highly anticipated Zombies installment! DO IT LIKE THE ZOMBIES DO!

Who is your favorite Zombies character? Leave us a comment below with your thoughts!