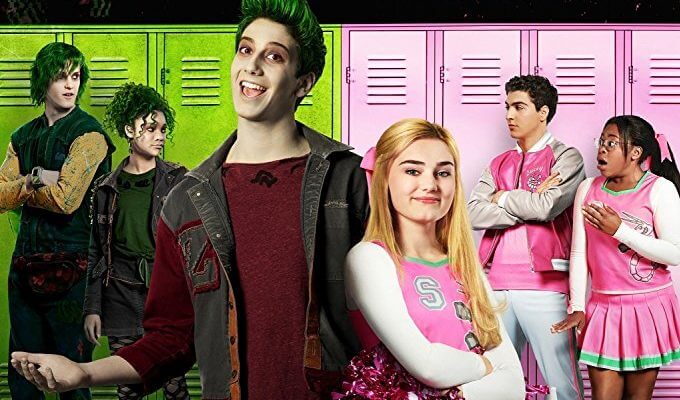 Disney Channel‘s original movie “ZOMBIES” comes to DVD, telling the story of a town and high school divided in half. After an accident, half the population has become flesh-eating zombies while the other half is left unaccepting and afraid.

Who doesn’t love a Disney Channel Original Movie? These films have inspired young people around the world for years with their warmhearted stories. Not only do they encourage young viewers to follow their dreams, but they also learn to fight and stand up against intolerance and adversity. Of course, all of these real-world struggles are usually expressed through the conflicts that arise between high school cliques and social groups, but this film inspires nonetheless. “ZOMBIES” tells the story of a town divided, but in the end, finds a way to unite despite half of its residents being turned into flesh-eating zombies.

“ZOMBIES” premiered on Disney Channel back in February. The musical film stars Milo Manheim and Meg Donnelly, playing zombie football player Zed and human cheerleader Addison. The pair meet, fall in love, and lead their high school groups to coexist with each other.

The back story of this film tells of a small accident that happened 50 years ago, which turned half the town into zombies. A wall was built and these zombie residents were quarantined from the rest of society in Zombietown. That was until special bands were designed to overcome the zombie’s flesh-eating desires and turn them back into productive members of society.

And this is how the film’s stars Zed and Addison meet, when Seabrook High is integrated with both zombie and human students. In a town built on tradition, conformity, football, and cheerleading, this major shake-up causes a struggle for some human students to coexist with the undead youth. Although, when the fierce cheerleader, Addison, and zombie football star, Zed, become friends, they partner to help unite their school and community. 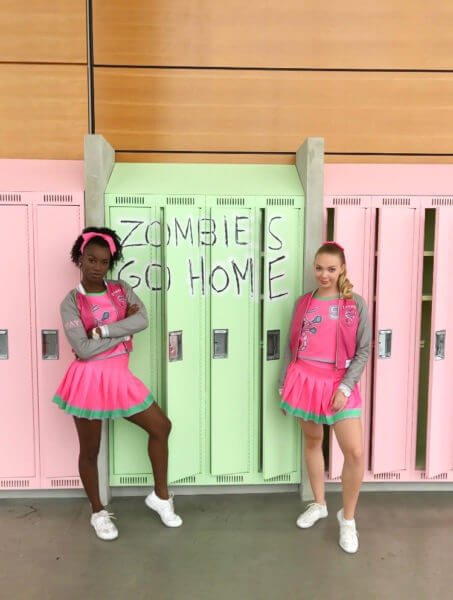 This is of course faced with a lot of teen drama, specifically the human students’ acceptance of the zombies being kicked off the cheerleading squad. Some other conflicts that arise include Zombie Patrol crashing a house party, the quarantine of zombie students, and of course, plain old jealousy.

In addition to Meg Donnelly and Milo Manheim, the musical film also features the talents of Trevor Tordjman (The Next Step), Kylee Russell (Jump In), Carla Jeffery (Curb Your Enthusiasm), James Godfrey (The Swap), and Kingston Foster.

Check out the official trailer for the DCOM below!

Disney’s “ZOMBIES” is now available on Disney DVD with exclusive bonus content, including bloopers, deleted scenes and The Zombie Survival Guide to High School. Make sure to get your copy of the film today! 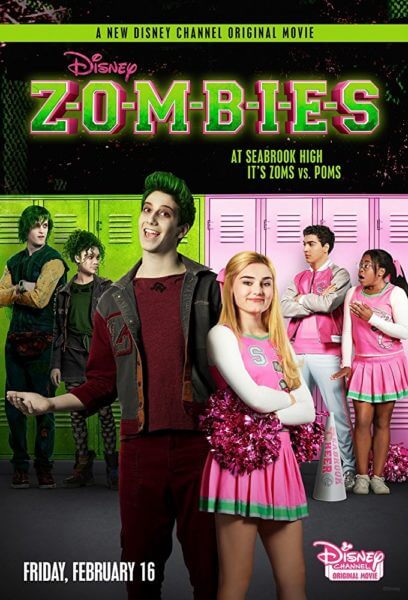 Did you see “ZOMBIES” when it premiered on Disney Channel? Let us know in the comments below!

Comments Off on Disney Channel’s “Zombies” arrives on DVD, telling a tale of undead teens and high school cheerleaders uniting