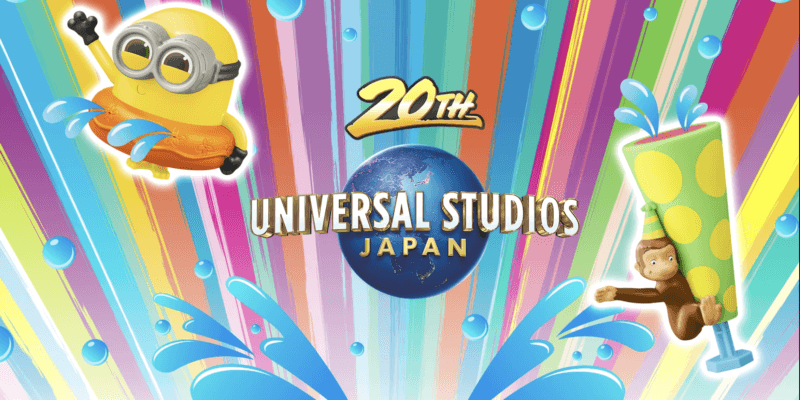 McDonald’s Happy Meal are something that kids often look forward to as part of their fast food meal. When McDonald’s collaborates with another company to create a limited edition run, adults often like to get in on the fun, too.

Typically, we have seen Disney join forces with the golden arches to create new collections of toys for customers to collect. From the Disney Park attraction collection to Star Wars to Luca, the latest Disney toy available, McDonald’s and Disney definitely make a good team.

Now, it seems that Universal is jumping in on the fun! Since Universal Studios Japan is turning 20 this year, celebrating their “No Limit!” celebration, they are teaming up with McDonald’s Japan to create a line of Happy Meal toys representing different aspects and characters in the park.

The collection is called the Universal Studios Japan All-Stars set of toys, and it will start to be released on July 9. There will be two drops for this collection. From July 9 to 15, customers will have able to collect toys from the first half of the set, and on July 16 through 22, the second half will be available for customers to purchase.

It seems that the toys being offered are from the following IPs:

Each toy in the collection seems to be themed for outdoor activities, with some serving as water guns and others as bubble blowers. McDonald’s even released a commercial on the toys to build up the hype.

If you cannot collect the toys in time, or perhaps you just are not in Japan, you make still be able to snag a few of Universal’s Happy Meal collection. Many McDonald’s collections often end up on eBay, and we will likely see that trend continue with these toys. It may be a little more expensive than what you would pay at McDonald’s, but at least you will be able to own the collection for yourself!

Now, we just need to have Universal Orlando Resort and Universal Studios Hollywood team up for an American release of Happy Meal toys!

What do you think of the Universal Happy Meal collection? Let us know in the comments!