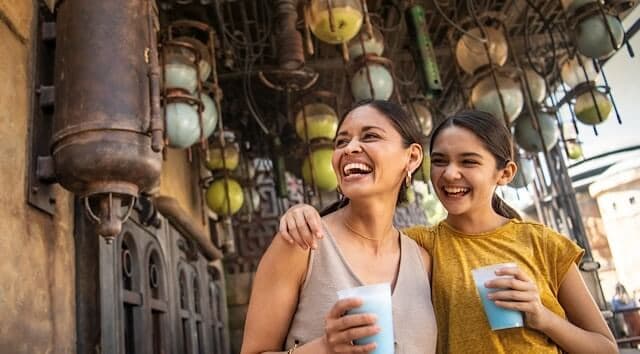 Disney has confirmed that another food option is returning to Disneyland’s Galaxy’s Edge! This is another exciting step in things getting “back to normal” at Disneyland.

Related: Single Rider Is Back at Disneyland!

Kat Saka’s Kettle is officially reopening at Star Wars: Galaxy’s Edge inside of Disneyland on July 15. While Kat Saka’s Kettle is only a small popcorn location, it does serve specialty popcorn that is totally unique to Galaxy’s Edge called the Outpost Popcorn Mix. Disney describes it as a sweet and spicy blend of flavors, making it a really nice treat to have when you visit Batuu.

You can also grab a bottled orb soda at Kat Saka’s Kettle which is a must for any Star Wars fan spending the day at Black Spire Outpost.

This was only one of the dozens of dining locations that are reopening across the Disneyland Resort. You can read more details about which locations are finally returning here.

Are you excited about Kat Saka’s Kettle reopening at Disneyland?

Want to book a Disneyland Resort vacation? We can help, click here for more information.