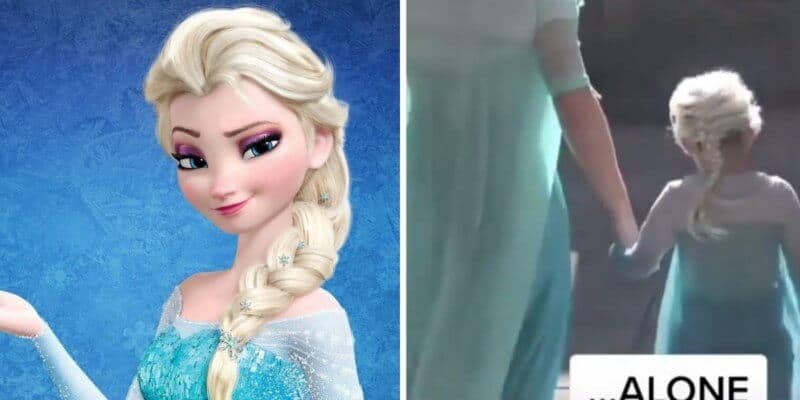 When kids watch a Disney film, it is not uncommon to have them leave the theater and want to be a princess or a pirate, or anything in between!

To keep that magic alive, many Disney fans end up with Disney costumes that they can wear at home so that they can truly become their favorite character. Author Scott Stuart has become quite popular on TikTok, and many of his fans love watching videos of him and his son playing dress-up.

Enews (@enews) took to Instagram on Fathers Day to show off one of Scott’s videos, where Scott mentioned that his son wanted to go to the movies dressed up as Elsa. Scott mentioned that there was no way he would allow his son to dress up as the ice queen without getting in on some of the action himself!

This father-son duo is worth melting for. Sending warm hugs to all the dads on #FathersDay.

In the video, you can see both Scott and his son wearing Elsa’s classic “Let It Go” dress, as well as her icy blonde hair. After looking at Scott’s TikTok (@scott.creates), we can see that the dress-up fun does not stop with Elsa. Below, the father-son duo can be seen in a Batman and Belle get-up while doing an exercise!

Thanks @thebodycoach for making me sweat through this Batman suit! #melbourne #lockdown #fatherson

Thanks @thebodycoach for making me sweat through this Batman suit! #melbourne #lockdown #fatherson

Scott posts a lot of TikToks regarding having acceptance for others no matter what they choose to wear. It seems that Scott’s son loves to dress up in everything from dresses to capes, and Scott is always there to be his sidekick!

I got you #fatherson #dadlife #acceptance #kids

I got you #fatherson #dadlife #acceptance #kids

We love to see how often the two can team up and make the world of fantasy come to life!

What do you think of this father-son duo? Do you dress up as Disney characters with anyone, even when it isn’t Halloween?