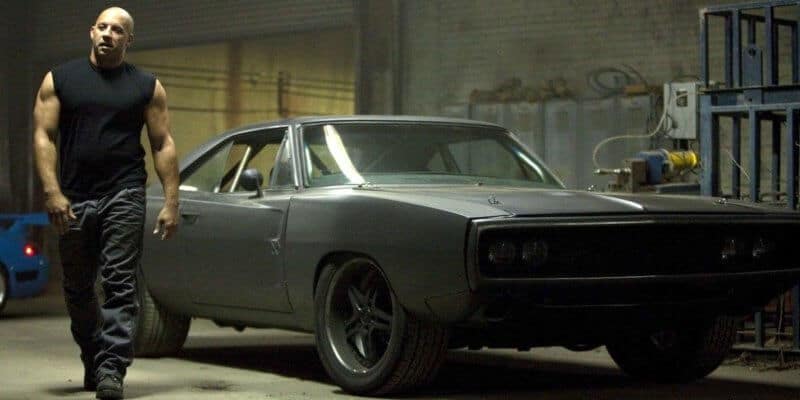 Universal Studios Florida has set up a larger-than-life display ahead of the new Fast & Furious film, F9.

Guests can take pictures of this incredible vehicle while they anxiously await the film’s release on June 25. Here is where you can find this awesome new display inside of Universal Studios Florida

Ahead of the ninth installment simply titled, F9, Universal has been ramping up the marketing for the film inside its theme parks. Over at Universal Studios Hollywood, we saw Vin Diesel greeting Guests as they enjoyed the Studios Tour, in addition to the cast of F9 hold a larger-than-life appearance at CityWalk.

Thanks to a Tweet from Inside Universal, you can see that there is now a large display featuring Dom’s iconic vehicle from the films at Universal Studios Florida. The display is just outside of the Animal Actor’s theater next to KidZone.

To celebrate the upcoming release of F9, a new photo op featuring Dom’s 1968 Charger has been set up in KidZone. The movie releases June 25.

To celebrate the upcoming release of F9, a new photo op featuring Dom’s 1968 Charger has been set up in KidZone. The movie releases June 25. @UniversalORL pic.twitter.com/DgYIC5zYjj

This is a great photo op and a must-see for any fans of the Fast & Furious movies.

In fact, I believe you can now have a full day of Fast & Furious fun at Universal Orlando Resort on June 25, when F9 debuts in theaters. Universal CityWalk offers a large movie theater for you to view the new film, plus you can pop into Universal Studios Florida before the movie to ride the attraction and get a photo with Dom’s car!

There are plenty of new and exciting things happening at Universal Orlando Resort. You have to check out the VelociCoaster on your next visit to Universal’s Islands of Adventure. This brand new roller coaster is themed to Jurassic World, and offers thrills and roaring raptors!

Are you excited to see F9 and get a photo with Dom’s car inside of Universal Studios Florida? Let us know in the comments!

Want to book a vacation to Universal Orlando Resort? We can help, click here for more information.