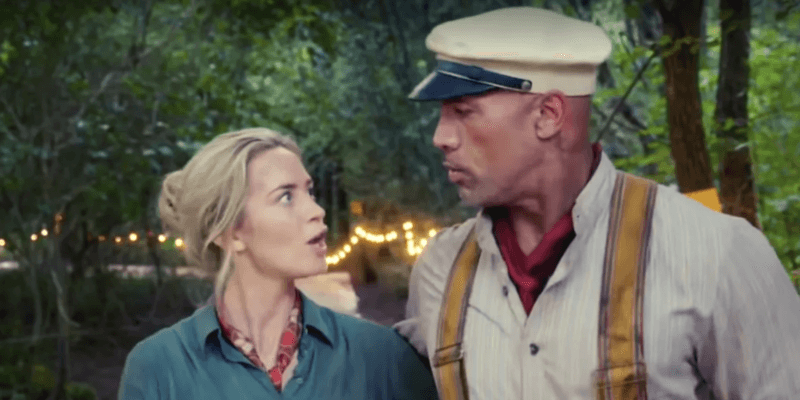 Many Rock fans know about Dwayne Johnson and Kevin Hart’s entertaining banter back and forth with one another. Swapping mild insults and comical jabs, the pair of actors created a jovial comedy that is now branching out to Johnson’s other co-stars. With a high level of seriousness backed only by sarcasm and absurdity, Emily Blunt and The Rock are sparring over headline credits for Disney’s Jungle Cruise.

Emily Blunt and The Rock Spar Over Headline Credits

Today, Disney debuted dueling trailers for Jungle Cruise, celebrating the one-month countdown to the film’s release on Friday, July 30, 2021. Watch Lily Houghton, played by Emily Blunt, and Skipper Frank Wolff, played by Dwayne “The Rock” Johnson  square off in competing trailers and decide for yourself…are you Team Frank or Team Lily? Or, perhaps, are you Team Trader Sam?

First, check out Johnson’s choice of trailer, which obviously highlights Skipper Frank and his manly exploits. Other characters only exist to enhance Frank’s position of stardom. Johnson also comically forgets Blunt’s name in the opening and calls her “ETHEL BRUNT” after firing someone who tried to correct him. (Here is where we get to see how The Backside of Water will be included in the film!”)

Directly afterward, you’ll want to watch Blunt’s trailer and opening, which calmly and assertively takes on romantic storytelling while commending her character, Dr. Lily Houghton, on her courage, intelligence, and bravery. Blunt comments that the previous trailer must have lost its mind and gone delusional… THIS is the real trailer!

Just like Johnson, she forgets her male co-star’s name, calling him a “lovely little up and comer” that drives the boat, “DAVE GOBSON!” When watching the tagline credits in Blunt’s trailer version, you’ll see her name take up the whole screen, while Johnson gets the smallest font possible! 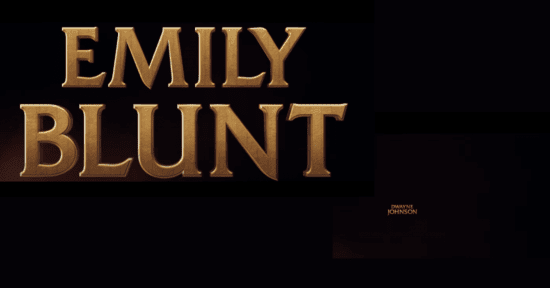 From Disney, the new Adventureland-inspired film is described:

Disney’s Jungle Cruise releases in U.S. theaters and on Disney+ with Premier Access on July 30, 2021. You can watch the movie however you like!

What are you excited to see in the upcoming Disney’s Jungle Cruise film? Leave us a comment below!