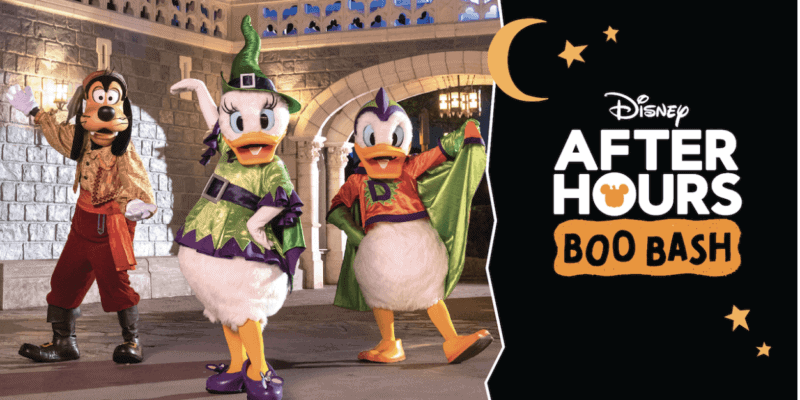 A lot of big changes are happening at the Walt Disney World Resort. Massive preparations are underway for its 50 Anniversary celebration and a ton of new events have been announced — including a new daytime show at Disney’s Animal Kingdom, a new fireworks show at Magic Kingdom, and new holiday events, mainly a new Halloween party, After Hours Boo Bash.

Boo Bash will be the first after-hours party to return to the theme parks since they have reopened after the COVID-19 shutdown, and Guests were quick to purchase their tickets to the party. A number of dates, mostly in October, sold out immediately.

Well, we have some good news for you Disney Halloween fans! Disney has RESTOCKED tickets for almost all the dates for its Boo Bash event! All dates in October — except for Halloween — have been restocked. August 10 (opening day) and August 17 also remain sold out at this time.

For those who are not familiar with the After Hours Boo Bash event, it is a new event that is being held in place of Mickey’s Not-So-Scary Halloween Party. The Halloween Party had to be cancelled last year due to Disney World’s COVID-19 restrictions. Here are some of the details Disney released about the new event:

There is no word whether this will be a permanent replacement or if Mickey’s Not-So-Scary Halloween Party will return, but one thing is for sure, Disney Halloween events continue to be extremely popular.

So, if you would like to attend Boo Bash at Magic Kingdom this October, act fast! Tickets are not likely to stick around for too long!

Will you be attending Boo Bash this Halloween? Let us know in the comments!