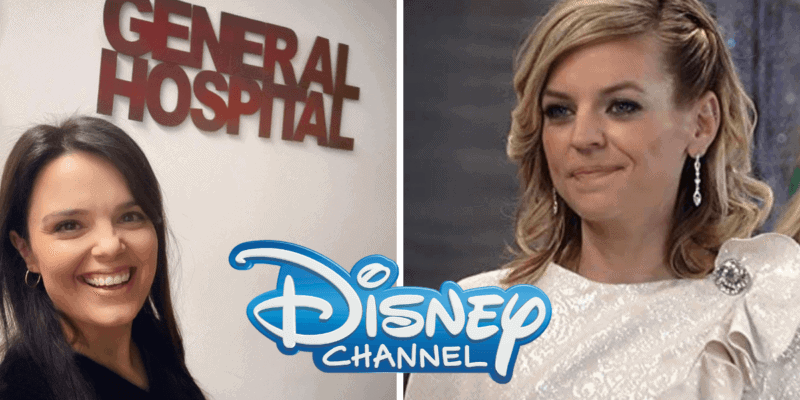 When Disney Channel child stars grow up, some are given some great opportunities and enter a whole different world of acting. Rarely do they reunite and come together to work on a new project.

Related: BREAKING: Disney Channel Stars are Returning to the Disney Parks This Spring!

However, we’ve noticed that a couple of Disney Channel super stars have now come together in a daytime drama. Working opposite each other is Zenon: Girl of the 21st Century actress Kirsten Storms (Zenon Karr) and Halloweentown actress Kimberly J. Brown (Marnie Piper).

As it turns out, both actresses are not strangers when it comes to the daytime soap opera. Storms graced the screen in Days of Our Lives from 1999 to 2004. Then in 2005 she started her run in the daytime classic General Hospital in the role of Maxie. As for Brown, her career got off to an early start. Before most Disney fans got to know her as Marnie in Halloweentown, she had an Emmy nominated role in Guiding Light.

Now, the Disney Channel duo has reunited on the classic daytime drama, General Hospital. Although Kirsten Storms has been a series regular for years now, Kimberly J. Brown joined the cast for a limited run this past week. She even posted about how excited she was to be on the GH set that also doubles as a set for ABC’s Grey’s Anatomy. In a recent Instagram post about her time on set, Brown had this to say:

“Fun fact! #generalhospital and #greysanatomy shoot side by side on the same (windy ?) lot in LA, so sometimes they swap out building signage for scenes on different days! Being a huge #greys fan I loved seeing this behind the scenes stuff. Hope you guys enjoy today’s #GH episode! ?”

However, as it normally goes with daytime dramas, no one really is as they seem. This goes for Brown’s character who doesn’t seem to be who she says she is. And in an intense moment with costar Kirsten Storms as Maxie, it eventually leads to Brown’s character’s demise. But, if you also follow soap operas, you also know that no one really ever stays gone for long. That means, these two could potentially reconnect again. Only time will tell!

Do you think these Disney Channel stars should reunite and work in more projects together? Let us know in the comments!

Comments Off on Disney Channel Stars Reunite in Television Series