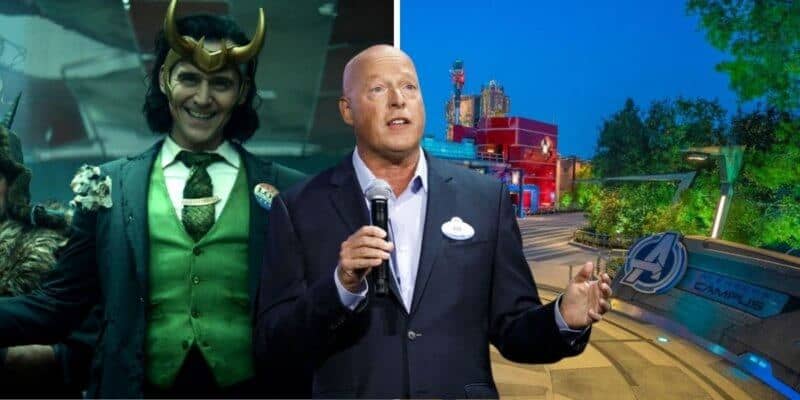 Disney has always been known as a magical company. Whether you are in the Disney Parks or watching a Disney film or TV show, viewers are always swept away into another world.

After having a taste of the on-screen content produced by the Walt Disney Company, many want to visit the theme parks as well. From Disney World to Disneyland and more, Guests can step into their favorite films, meet the characters they grew up with, and feel the magic.

During the Communications Sector Keynote: The Walt Disney Company on Monday, Doug Mitchelson asked Disney CEO Bob Chapek how Disney plans to keep the magic alive, knowing that many of the classic films current Disney lovers grew up with may not be what today’s generation will be watching.

Keep in mind, regarding our new reorganization, the creative that might make what we would have conserieded our great Disney Channel content in the past, are now making the family content across the eco system. So whether or not that content may first appear on Disney Channel or may appear on Disney+. We still have the people who know how to speak to that audience and have had tremendous success….We always look at Disney though two lenses: the media side and the experience side, and we get to leverage then, what has been made, the content from both avenues.

Chapek continued to discuss how beneficial Disney+ is because the same creators who know how to make magical are now on an even bigger platform. Earlier, Chapek also mentioned how Disney+ and the Disney Parks are beginning to use synergy to cross-promote and keep the magic alive and contemporary for Guests watching the current content being produced.

Chapek’s example for this was how Disney+ just released Loki right after opening Avengers Campus. It seems that the goal is to continue to grow and pique the interest of all generations by doing so on a wider scale.

Do you think that Disney has kept the magic alive through the years? Let us know your thoughts in the comments below!