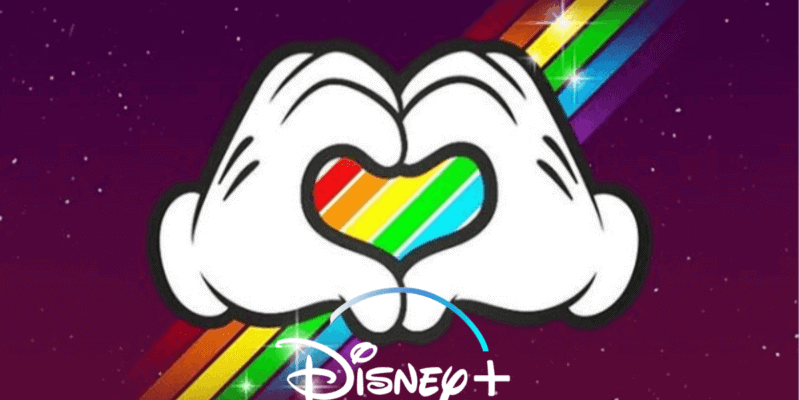 June is Pride Month and Disney is celebrating the LGBTQ+ community in a number of ways — including special merchandise and treats found throughout its theme parks to the unofficial “Gay Days” that are celebrated at both Disneyland and Disney World.

Disney is also taking things one step further this year as Disney+ has launched its own Pride celebration section where viewers can watch a number of films, documentaries, and shorts that focus on LGBTQ+ stories.

Disney announced how viewers can enjoy these programs on Disney+ through various social media platforms.

We believe in the power of inclusive storytelling that brings us together and inspires us to live authentically, and Disney+ is committed to amplifying LGBTQ+ and BIPOC voices. We are proud to be a home for diverse creators, talent, and content; whether we’re celebrating our humanity as seen in Howard, connecting our families in Out, or reminding ourselves to love loud and sing louder in High School Musical: The Musical: The Series. Around the world, The Walt Disney Company proudly contributes towards organizations that support LGBTQ+ communities and people.⁣
⁣
Discover LGBTQ+ characters and stories in the “Celebrate Pride Month” content set now streaming on #DisneyPlus and join us in recognizing the community all month long with special spotlights, musical moments, laughter and love. ? #DisneyPlusPride

Out is one of Disney/Pixar’s newest short films and features Pixar’s first openly gay main character. The short premiered in 2020 and received rave reviews and received a special award for special recognition at the 32nd GLAAD Media Awards.

Out is the story of a man named Greg and his struggle to come out to his parents as he decides to move in with his boyfriend. The seven-minute short is described by Disney+ as:

On an average day, Greg’s life is filled with family, love and a rambunctious little dog – but despite all of this, Greg as a secret. Today is different, though. With some help from his precocious pup, and a little magic, Greg might learn that he has nothing to hide.

Other films and series available on Disney+ include The Little Prince(ss), Gender Revolution: A Journey With Katie Couric, Growing Fangs, Howard, and a number of other family-fun shows.

Pride Month began on June 1 and will run through June 30.

Will you be celebrating Pride with Disney+ this month? Let us know in the comments!