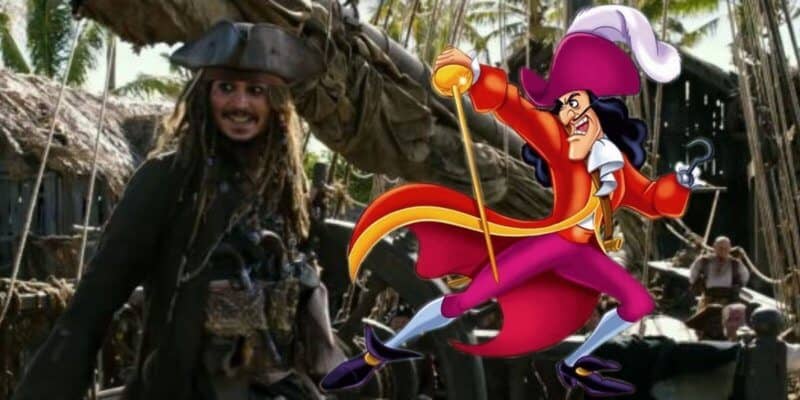 One of the most popular live-action movie franchises to come out of the Walt Disney Company is Pirates of the Caribbean.

After five successful films, and two more in the works, as well as the implementation of the IP into Disney Parks around the globe, the film holds a cult following of fans that are incredibly dedicated to the franchise. As of late, there has been a bit of controversy when it comes to Pirates of the Caribbean.

Johnny Depp, who plays the iconic character, Jack Sparrow, has just been booted from the franchise by Disney after losing a libel case against a U.K. tabloid that accused him of domestic violence against ex-wife Amber Heard. As the ex-couple continues to have their $150 million legal battle in the public spotlight, it seems Disney may have wanted to stay away from the drama.

With that decision, however, Disney may have brought extra drama upon themselves! Fans have petitioned and continue to defend Depp as a necessary puzzle piece in the Pirates of the Caribbean franchise, especially once Disney announced that one of the next two films will be female-led and written by Christina Hodson, with Margot Robbie taking over the “Jack Sparrow” captain role.

However, there is another film that is reportedly in development which will be directed by Joachim Rønning and be a sequel to Dead Men Tell No Tales. Now that Depp will not be starring in any future films, it is likely that new characters will need to be introduced into the franchise. It has lately been rumored that Captain James Hook from Peter Pan may make an appearance in Rønning’s next film.

Although this may seem like a stretch, let’s take a look at if Captain Hook in a Pirates of the Caribbean film could be a possibility.

James had a terrible temper, and although his last name was unknown, the hook on his hand left him with the nickname James Hook. Hook was most notably the pirate captain of the Jolly Roger, and although Hook went missing for years, he eventually resurfaced without showing any noticeable age. This could be an interesting plot line, considering, as per the novel, Hook would have been Jack Sparrow’s father’s age. That being said, the novel does not point towards Hook being alive or dead, which would be an important point to clarify if the franchise were to move forward with an idea such as this.

It could be an interesting movie to put a character so many Disney fans recognize as one-sided and animated, into a live-action setting where we can learn more about him

After seeing how Disney has done this with other villains such as Cruella and Maleficent, adding Hook into the mix does not seem so outlandish, especially considering he is already written into the Pirates of the Caribbean novels.

All of this being said, the Joachim Rønning directed Pirates of the Caribbean film has not received any recent updates, and the idea of Hook joining the cast is solely speculation at this point.

Do you think that Captain Hook could find a home in Pirates of the Caribbean 6?