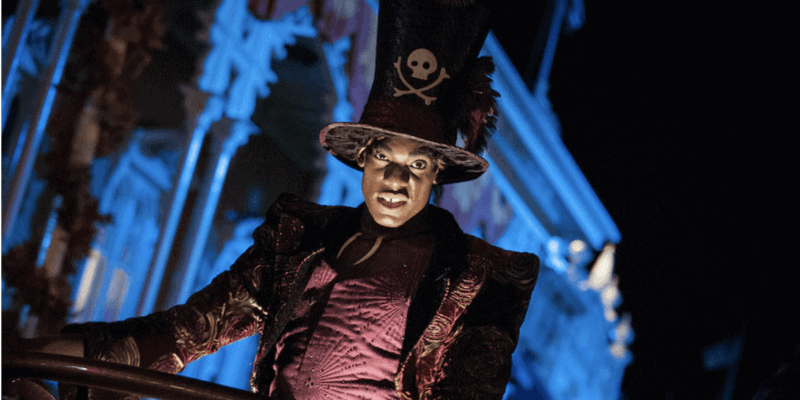 If you have not heard, Disney World will celebrate Halloween once again with an After Hours event called Boo Bash this year. Although it will not be the Halloween party — Mickey’s Not-So-Scary Halloween Party — that Guests are used to attending, it is a step up from not having any celebration, as we encountered last year due to the ongoing COVID-19 pandemic.

This year, Guests can still dress up and stay in the parks later as they may be used to; however, offerings such as the Hocus Pocus Villain Spelltacular and the firework show Disney’s Not So Spooky Spectacular will not be available. Considering there are fewer offerings for Guests, many may have anticipated a lower ticket price, which is not the case. As Boo Bash is an After Hours event and not at Halloween Party, the prices are higher, with Halloween night coming in at $200.00 per Guest.

Boo Bash has already taken quite the hit on social media due to the higher cost of the event vs. what Guests are used to attending. Now, as tickets have begun to be released to Disney Resort Guests looking to purchase alongside many technical issues, it seems that the excitement for Boo Bash, although still there, is also surrounded with some negativity.

If Disney World was the only one throwing a Halloween event, they might not have much to worry about; however, they are not! Disney’s competition in the Halloween category gears more towards adults, but now, with Halloween Horror Nights returning to Universal Orlando Resort and SeaWorld hosting a brand-new event for the park, Howl-O-Scream, both locals and vacationing Guests have different places to spend their money.

If Guests want to experience a Disney Halloween or are traveling with younger children, then Boo Bash will likely be the event to attend. However, if you are older and want to enjoy the Halloween spirit, the other events may give you more bang for your buck.

Related: Disney After Hours Boo Bash vs. Not-So-Scary: Everything You Need to Know

Halloween Horror Nights has a cult-like following, and although not much more aside from a Beetlejuice house has been announced, posts on social media have nothing but positive comments! As you can see from the below Tweet from Erin (@crazysharklady), Erin is one of the many who are coming down to Orlando solely for the event!

Three months from today I will be in Orlando because it will be HALLOWEEN HORROR NIGHTS!!!

Three months from today I will be in Orlando because it will be HALLOWEEN HORROR NIGHTS!!!

Although pricing for the event is not yet released, in 2019, Guests would have paid between $67.99 to $93.99. If price increases are minimal, the cost of Horror Nights will be much cheaper than Boo Bash.

Although SeaWorld may not hold the same popularity Disney World and Universal Orlando Resort holds with some travelers, the theme park has announced that Howl-O-Scream, a Halloween event that predominantly takes place at Bush Gardens, will now be at SeaWorld. Howl-O-Scream is a highly anticipated event for many. Now that it is taking place in Orlando and not Tampa, the proximity gives the new event a real competitive edge.

Aside from that, Howl-O-Scream ticket prices are incredibly affordable. Single-visit tickets begin at $29.99, and Annual Pass tickets to the event begin at $79.99, which is lower than a single visit to Boo Bash!

For more information regarding Boo Bash, check out our article here.

Since Boo Bash is a new event, it will be interesting to see how successful it is, especially with all the competition in the Orlando area. Considering Halloween was “canceled” last year due to COVID-19; this Halloween will surely be a holiday all will celebrate.

Are you planning on attending Boo Bash, or do you think your money is better spent at one of the other Orlando theme park Halloween events?